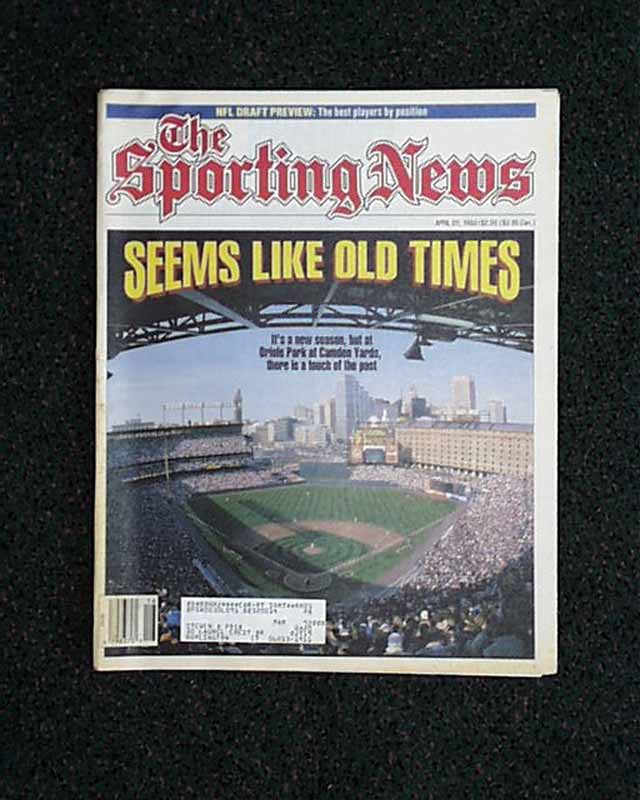 The front page photo of this issue shows "Seems Like Old Times--It's a new season, but at Oriole Park at Camden Yards, there is a touch of the past".  Some of the items within this issue include: "The NFL draft" and much more.