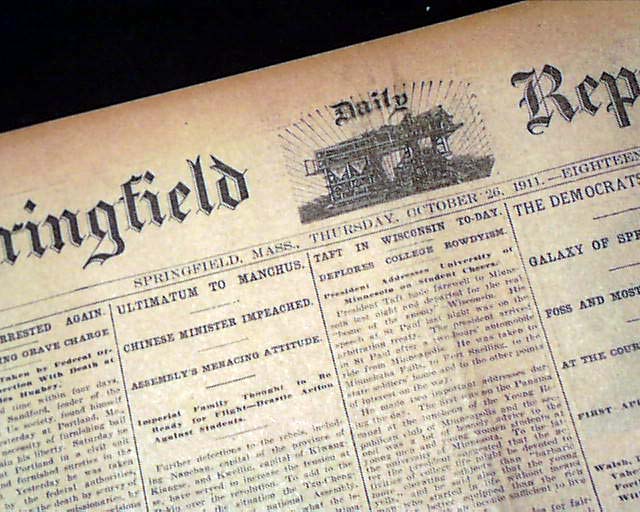 This 16 page newspaper has one column headlines on  the front page that include:

and more with box scores. reporting continues onto page 2.

Usual browning with little spine wear. Should be handled with care.