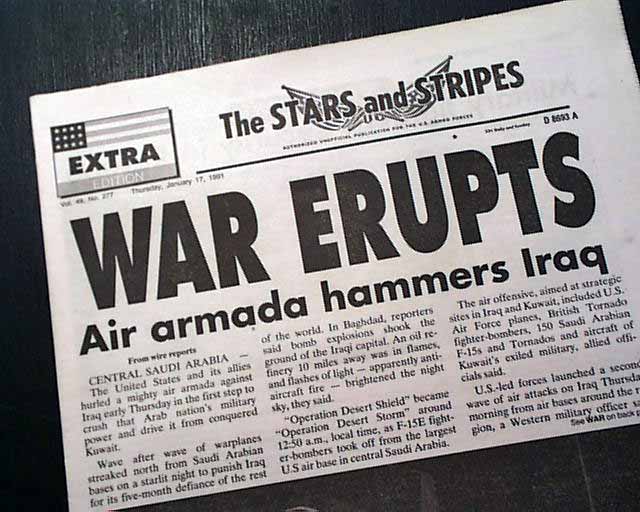 
THE STARS AND STRIPES--EXTRA, "Authorized Unofficial Publication for the U.S. Armed Forces", January 17, 1991

* War of Iraq begins
* Desert Storm
* Best title to have in ?

The bold banner headline proclaims: "WAR ERUPTS" and beneath which is: "Air Armada Hammers Iraq" with further text.

The bottom half of the front page is a photo of an F-15 Eagle being refueled in Saudi Arabia.

This newspaper announces the beginning of the war on Iraq in an attempt to drive it from conquered Kuwait. And this is perhaps the best newspaper with this report: the publication for the armed forces.