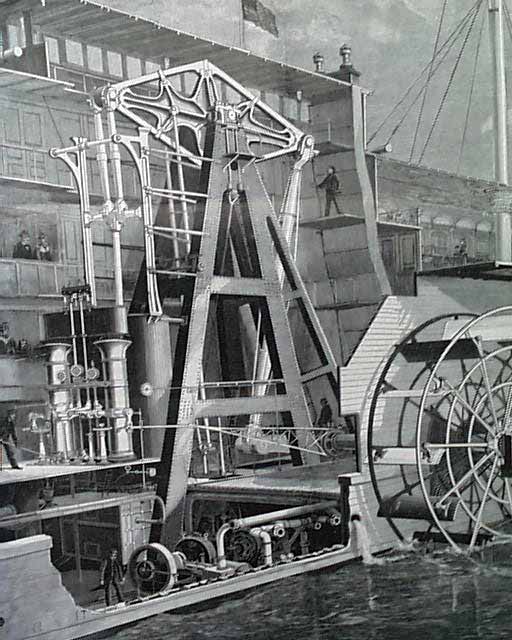 
SCIENTIFIC AMERICAN, from New York, dated December 25, 1896. The cover of the issue contains the "General View of the Simple Condensing Beam Engine of the Steamer Adirondack" with an article and additional photos of the interior of the steamer being shown inside the issue. "The Appearing Lady" magician act is revealed in both article and illustrations; "The Ancient City of Copan (Honduras)" also contains photos.  Other articles, advertisements and list of new patents are included in the issue.

This is complete with some very lite dirtiness, otherwise is good condition. See photos for details.