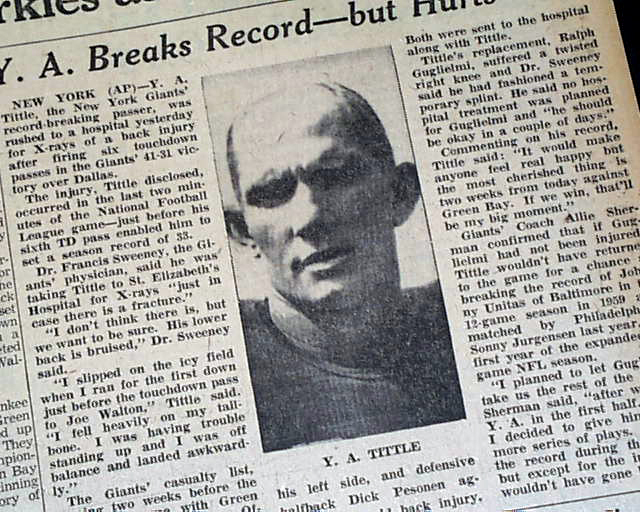 This 20 page newspaper has a four column headline on page 15: "Tittle Sparkles as Giants Win, 41-31" with subhead, stats and small photo of Tittle. (see)

Tells of Y. A. Tittle breaking the NFL season record (at the time) for most touchdowns with 33.

wikipedia notes: Yelberton Abraham Tittle (born October 24, 1926 in Marshall, Texas), better known as Y. A. Tittle, is a former American football quarterback in the National Football League and All-America Football Conference who played for the Baltimore Colts, San Francisco 49ers, and the New York Giants. He was inducted into the Pro Football Hall of Fame in 1971.