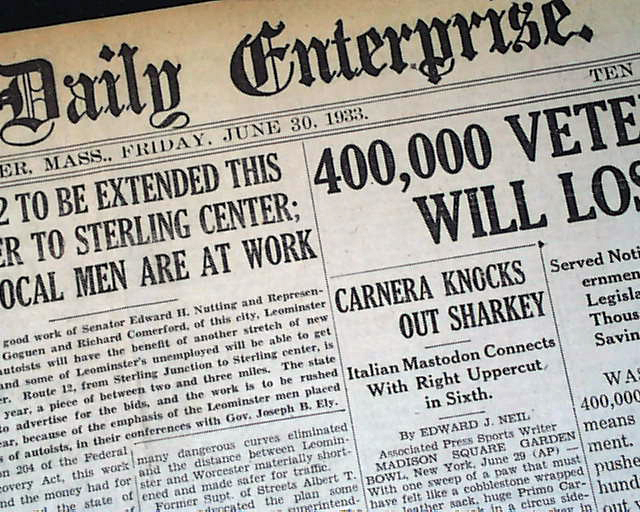 This 10 page newspaper has one column headlines on the front page: "CARNERA KNOCKS OUT SHARKEY", "Italian Mastodon Connects With Right Uppercut in Sixth".

wikipedia notes: The year 1933 was one of the most important years in Carnera's life. On February 10, he knocked out Ernie Schaaf in thirteen rounds in New York City. Schaaf died two days later and Carnera had to go through what most boxers wish they did not have to: the death of an opponent. For his next fight, Carnera faced the world heavyweight champion Jack Sharkey. The championship date was June 29, at the Madison Square Garden's bowl at Long Island. Carnera became world champion by knocking out Sharkey in round six. 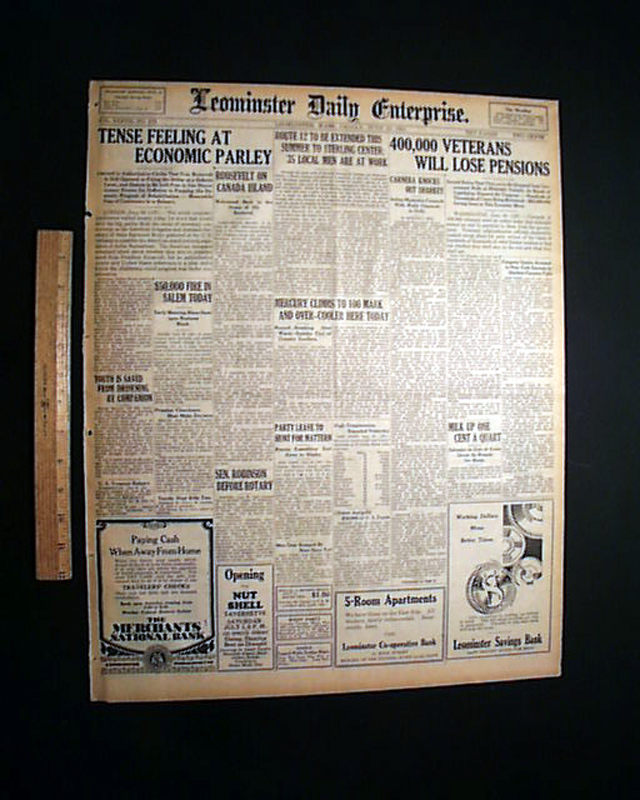 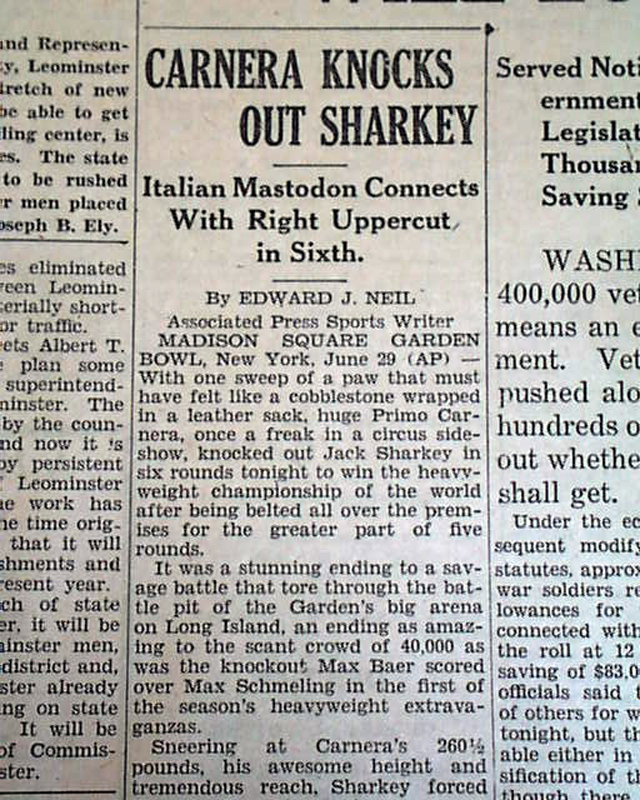 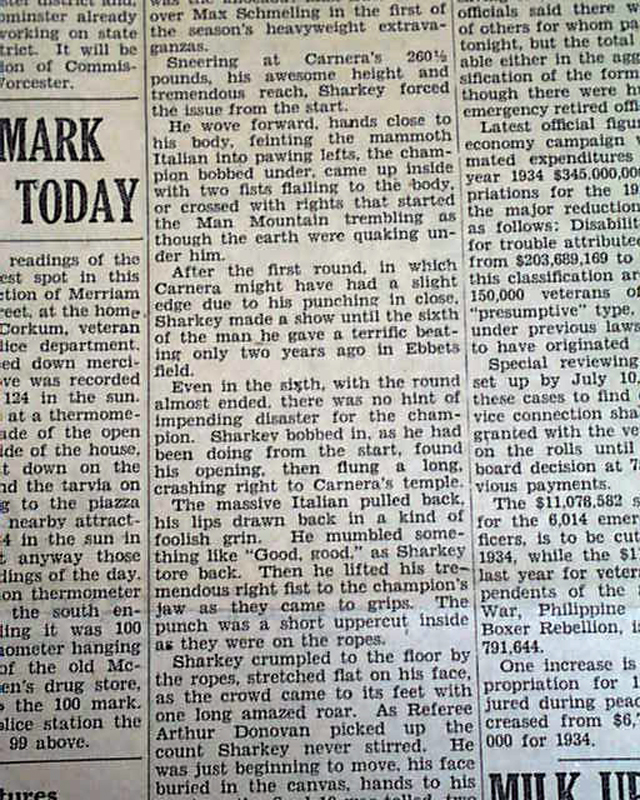 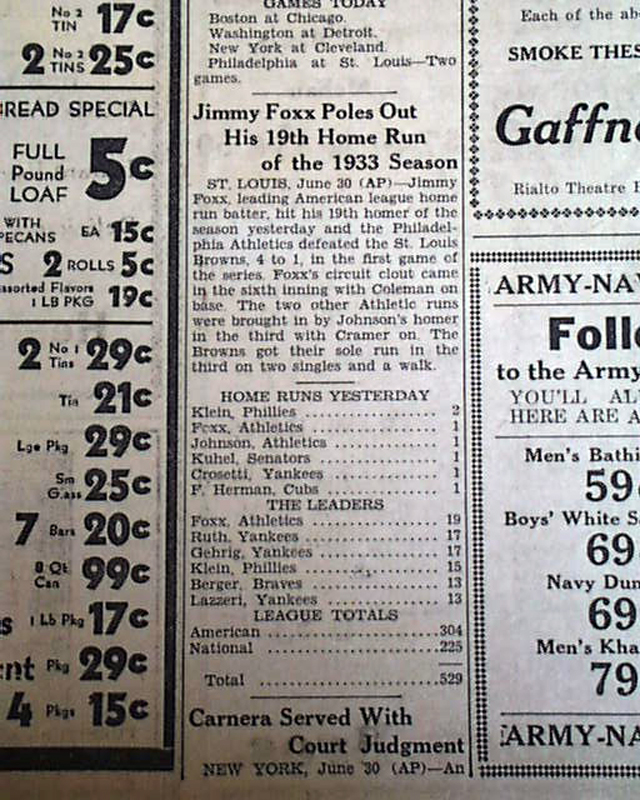 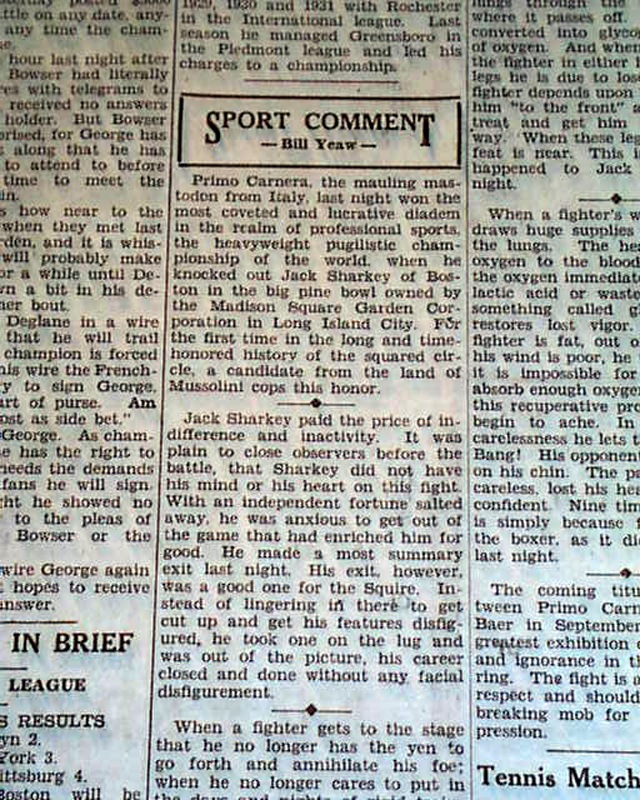