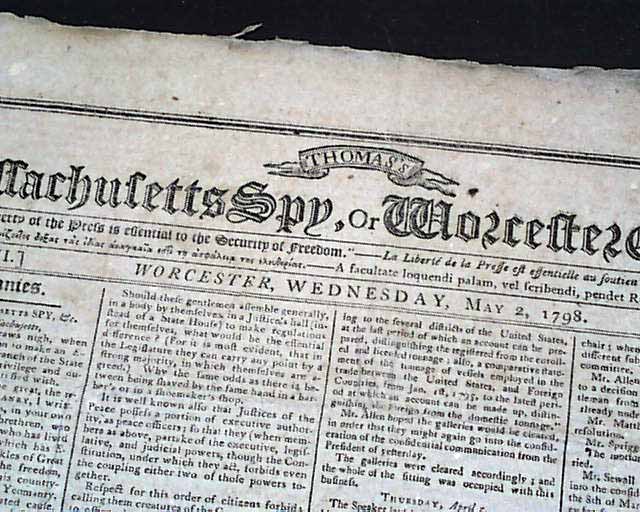 
THOMAS'S MASSACHUSETTS SPY OR WORCESTER GAZETTE, May 2, 1798  The back page has an: "Address to the President" from the merchants & traders of Philadelphia, with his response signed in type: John Adams.
Four pages, never bound nor trimmed, some foxing near folds and margins, generally nice.