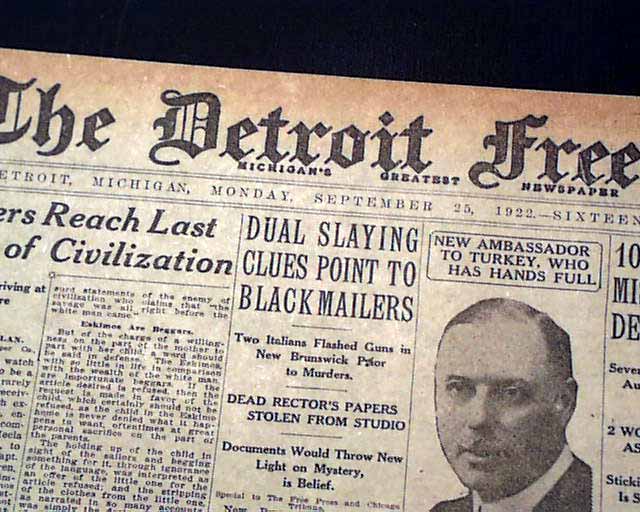 This 16 page newspaper has a small one column headline page 11:
"Two For Hornsby" with box scores. This was when Rogers Hornsby broke the National League home run record at the time.

wikipedia notes: Rogers Hornsby (April 27, 1896 – January 5, 1963), nicknamed "The Rajah", was a Major League Baseball second baseman and manager. Hornsby's first name, Rogers, was his mother's maiden name. He spent the majority of his playing career with the St. Louis Cardinals, though he also had short stints with the Chicago Cubs, the Boston Braves, and the New York Giants, and he ended his career as the player-manager of the St. Louis Browns.

Hornsby is among the greatest hitters in baseball history. He is the only player to win the National League Triple Crown twice. His career batting average of .358 is the highest in National League history, and also the highest in major league history for any right-handed hitter. His batting average for the 1924 season was .424, a mark that no player since has matched. The Baseball Hall of Fame elected Hornsby in 1942. He has also been given a star on the St. Louis Walk of Fame.