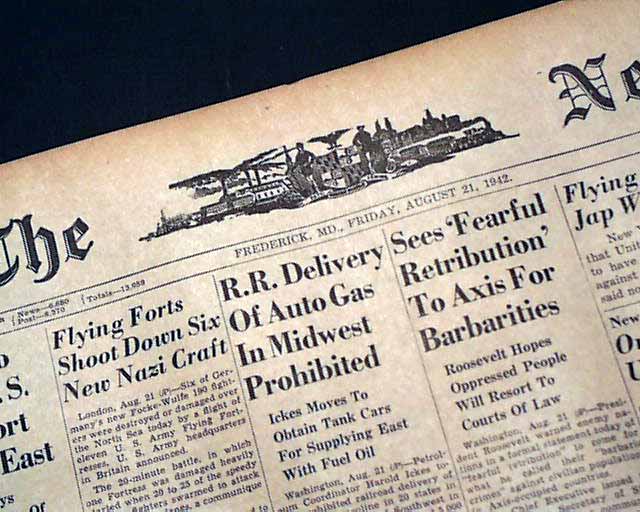 This 12 page newspaper has one column headlines on the front page: "Say Americans On Makin Isle", "Japs Report 200 Made Landing Recently".

Other news of the day throughout with much on World War II. Light browning with little spine wear, otherwise in good condition.

wikipedia notes: Brigadier General Evans Fordyce Carlson (26 February 1896 – 27 May 1947) was the famed U.S. Marine Corps leader of the World War II "Carlson's Raiders". He is renowned for the "Makin Island Raid" in August of 1942 and their "Long Patrol" (aka Carlson's Patrol or Carlson's Raiders) from November 4, 1942 to December 4, 1942 behind Japanese lines on Guadalcanal, in which 488 Japanese were killed, 16 Raiders were killed and 18 wounded, during the Guadalcanal campaign.