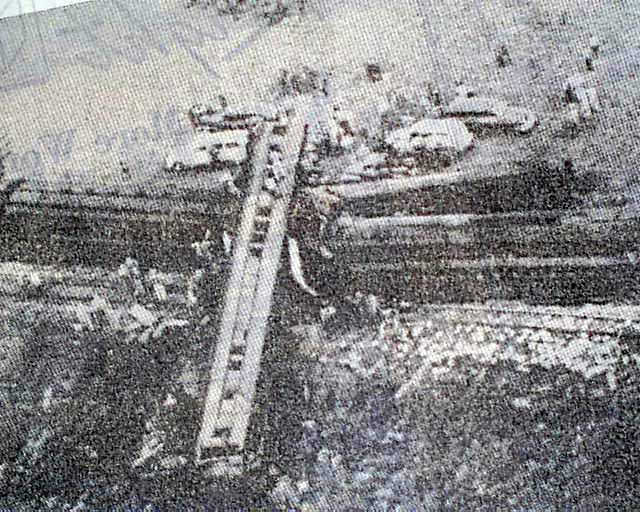 This 44 page newspaper has a very nice seven column headline on the front page: "FLYER RAMS GI TRAIN; 21 GUARDSMEN DEAD" with subhead and photo of the wreck. (see)

Other news of the day throughout. Rag edition in very  nice condition save for some small binding holes along the spine.