Home > Back to Search Results > "Nazi" newspaper from an English island...
Click image to enlarge 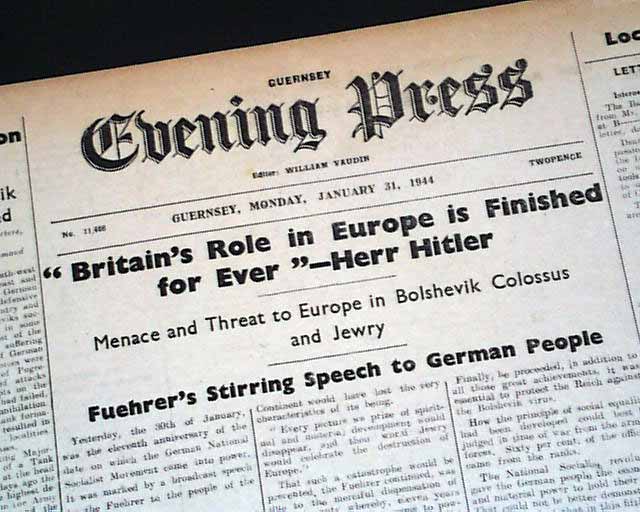 "Nazi" newspaper from an English island...

A very curious issue, as Guernsey, an English-speaking island, was occupied by the Germans during WWII so all the news was pro-Nazi.

Among the front page heads are: " 'Britain's Role in Europe is Finished for Ever' -- Herr Hitler"  "Fuehrer's Stirring Speech to German People" is quite lengthy; "Field Greys are Smashing The Reds--Battle Aircraft Rend Transport Fleet off Italy" "Heavy Raid on London--Strong Bolshevik Thrusts Repelled".