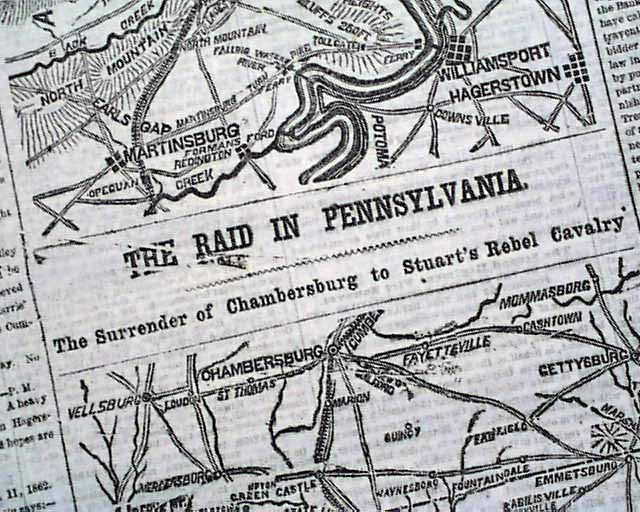 
THE NEW YORK HERALD, Oct. 12, 1862  The front page features not one but two Civil War maps, headed: "The Reported Crossing at Dam No. 5" in Maryland; and "The Raid In Pennsylvania--The Surrender of Chambersburg to Stuart's Rebel Cavalry".
Some nice first column war heads including: "Important From The Potomac" "The Union Troops All Under Arms" "The Invasion of Pennsylvania" "The Surrender of Chambersburg" "Destruction of the Railroad Depot at Chambersburg" "Evacuation of the Town by the Enemy" "Union Troops Hastening to the Scene of Action" " and more (see).
Eight pages, very nice condition.