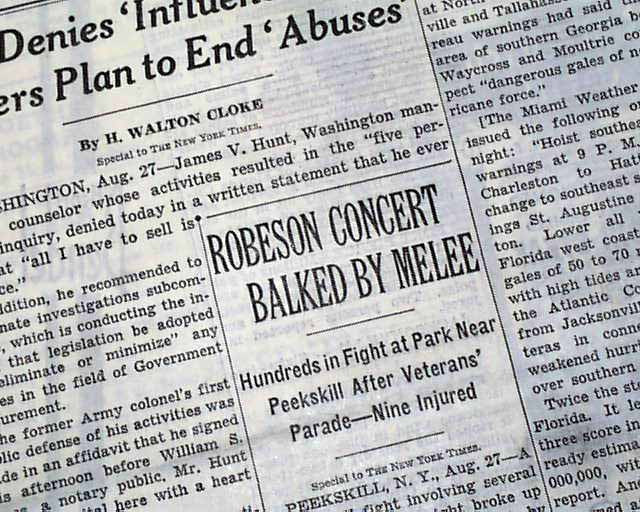 This 80+ page newspaper has one column headlines on the front page:

Tells of the protests of the citizens of Peekskill NY regarding the upcoming appearance of negro singer Paul Robeson.

wikipedia notes: The Peekskill Riots were anti-communist riots (with anti-black and anti-Semitic undertones) that took place at Cortlandt Manor, Westchester County, New York in 1949.[1] The catalyst for the rioting was an announced concert by black singer Paul Robeson, who was well known for his strong stance on civil rights (though he favored using the Smith Act to jail Trotskyites) and his outspoken beliefs in Stalinism and the Communist Party, USA. He also supported the Party's version of anti-colonialist movements. The concert, organized as a benefit for the Civil Rights Congress, was scheduled to take place on August 27 in Lakeland Acres, just north of Peekskill.