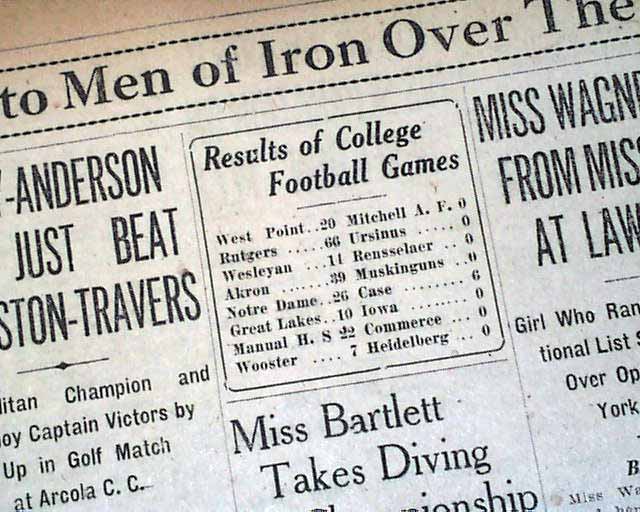 This 50+ page newspaper has sports news on page 17 with a small inset titled: "Results of College Football Games" with a small list games and their final scores. Within here is a score of "Notre Dame 26 Case 6"

This was the game between the Notre Dame Fighting Irish and the Case Western Reserve team. This is fact was Knute Rockne's very 1st game as Notre Dame's head coach.

My guess as there not being a  report on this was that Notre Dame was not yet a football power house but Knute Rockne certainly changed that in his years of coaching there. This score inset is the only mention of the game.

Other news of the day with much on WWI. Light browning with minor margin wear, otherwise good. Should be handled with care.