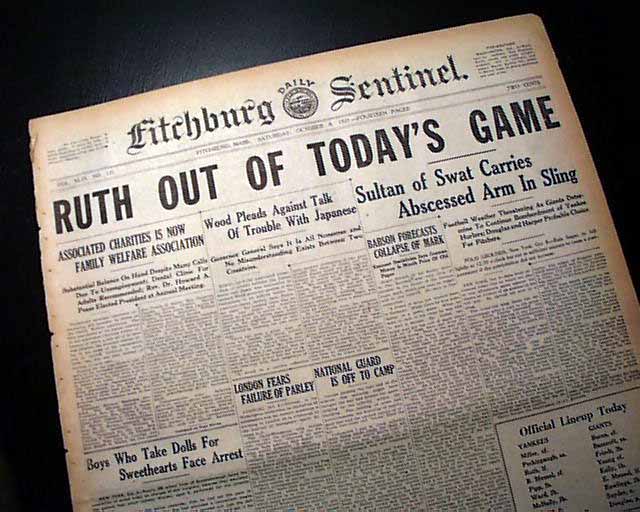 This 14 page newspaper has a nice banner headline on the front page: "RUTH OUT OF TODAY'S GAME" with subheads that include: "Sultan of Swat Carries Abscessed Arm In Sling" and more with lineup. more in the sport's section with reporting from the game the day before with related photos.

Rare to see such a nice front page headline like this. Other news of the day throughout. Light browning with minor margin wear, otherwise in good condition. 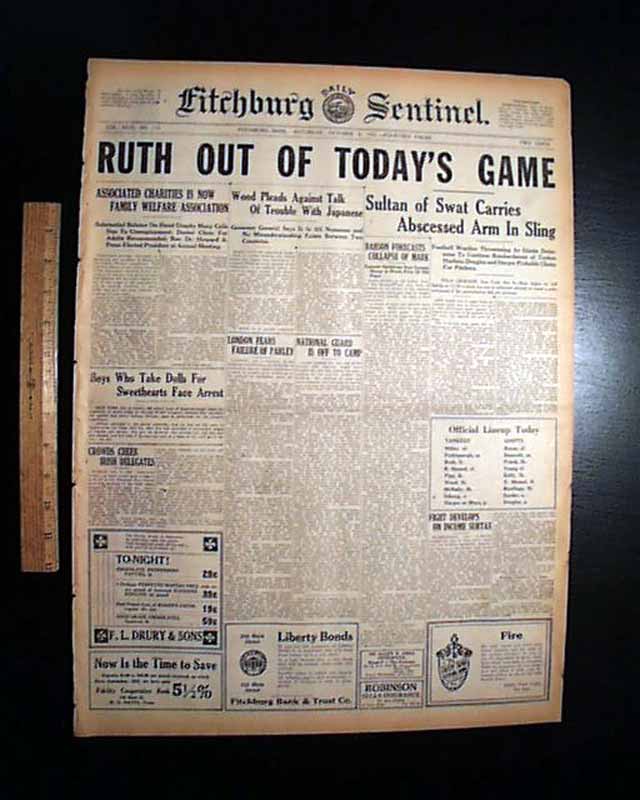 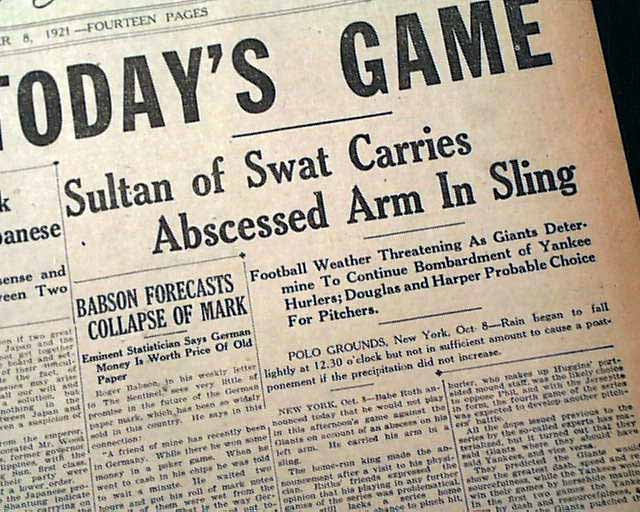 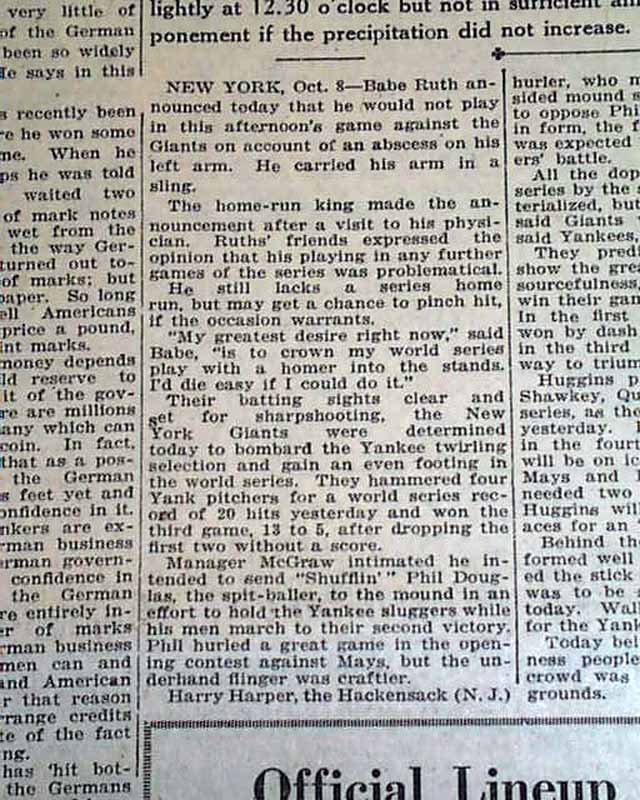 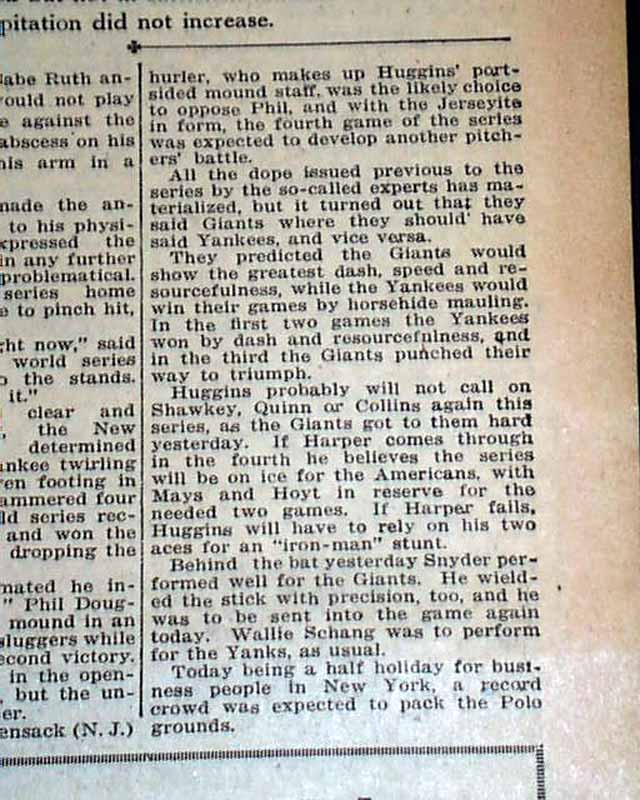 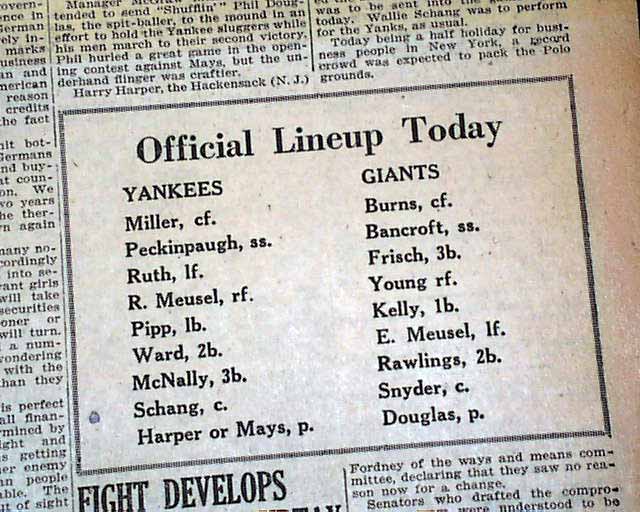 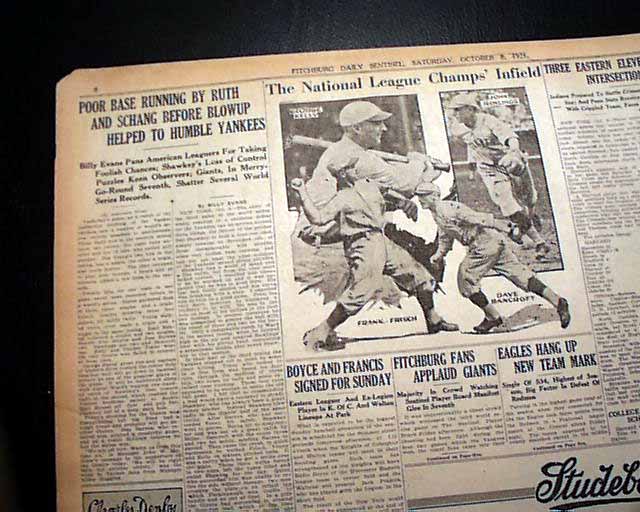