Home > Back to Search Results > Putting a bell in a baseball...
Click image to enlarge 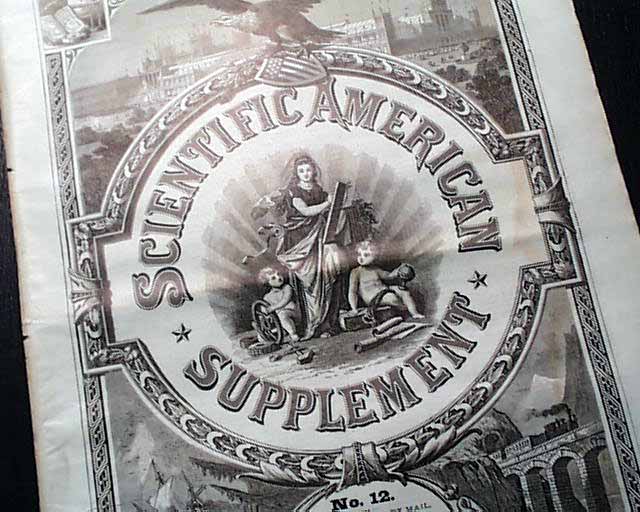 Putting a bell in a baseball...


SCIENTIFIC AMERICAN SUPPLEMENT, New York, March 18, 1876  This is a separate, stand-alone publication begun to report on the Centennial Exhibition but whose success kept it in print into the 20th century.

Near the back is an article, with two illustrations, headed: "Improvements In Base-Balls" which shows a bell being placed inside (see).

Complete in 16 pages and rare in that it still has the original green outer wrappers with an extremely ornate cover (see). Light damp staining to the covers, otherwise in great condition. 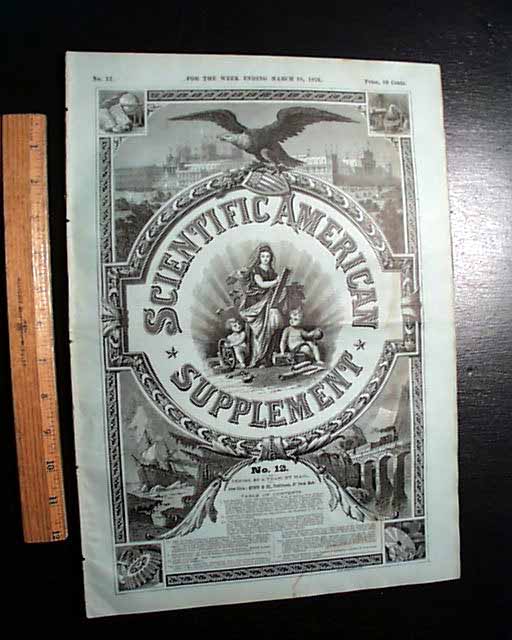 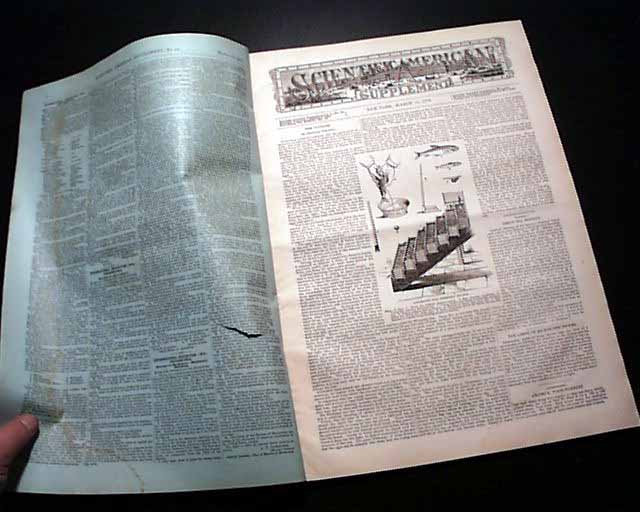 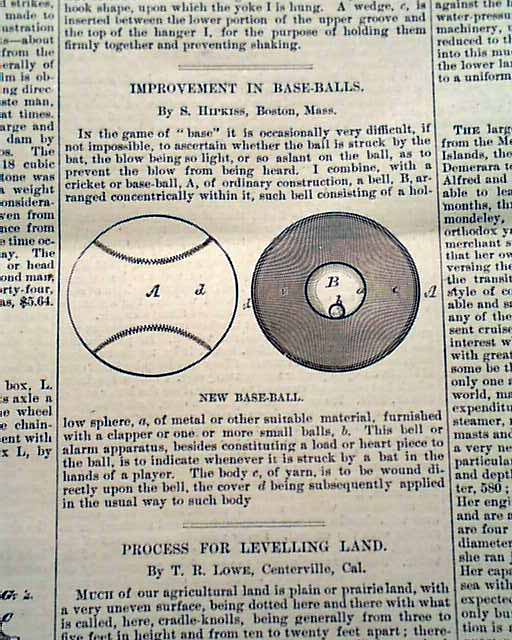 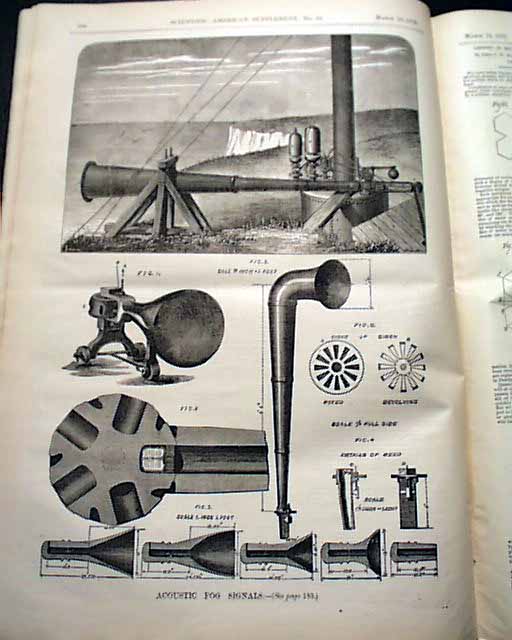