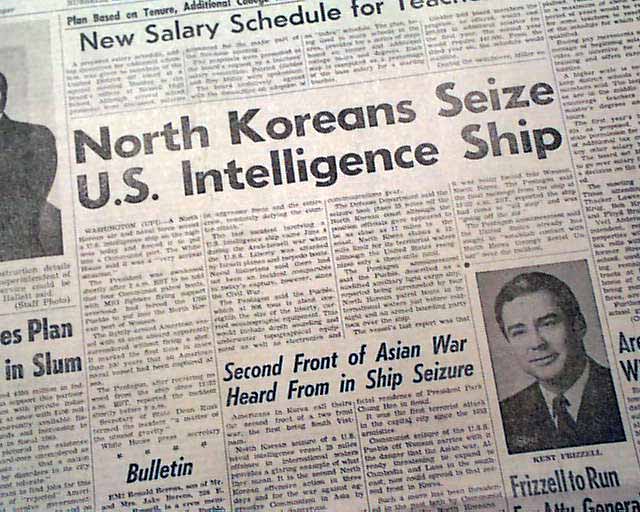 This 6 page newspaper has a four column headline on the front page: "North Koreans Seize U.S. Intelligence Ship". This is an early 1st report on the infamous USS Pueblo incident.