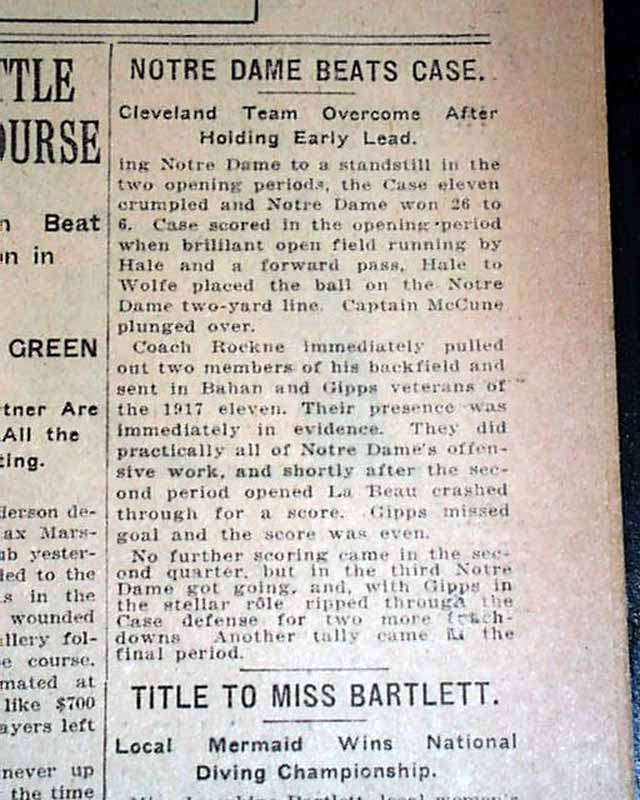 This 40 page newspaper has small one column headlines on page 29:

Short report tells of the game between the Notre Dame Fighting Irish and the Case Western Reserve team. This is fact was Knute's Rockne's very 1st game as Notre Dame's head coach. My quess as to the small report is that Notre Dame was not yet a football power house but Knute Rockne certainly changed that in his years of coaching there. It is still a 1st report on one of the mast famous coaches in college football history. Nice to have in this famous NYC title.

Other news of the day with much on WWI. This issue has usual browning with some margin wear an dchipping but no text loss. Somewhat pulpish and must be handled with care ****