Home > Back to Search Results > Early Babe Ruth as a pitcher....
Click image to enlarge 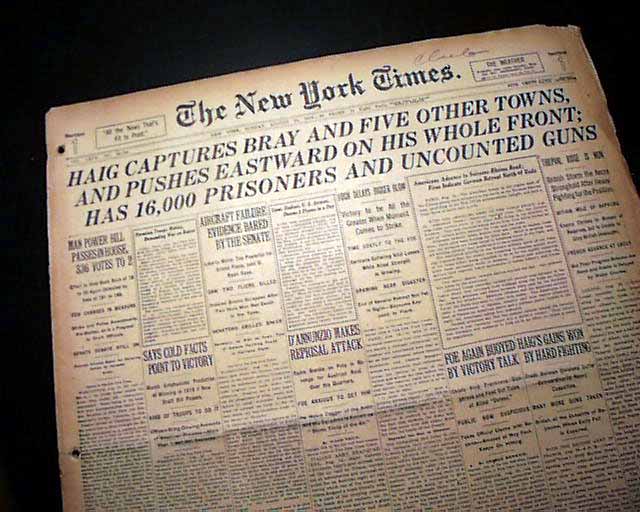 Early Babe Ruth as a pitcher....

This 34 page newspaper has small one column headlines in the sport's section (inside): "BABE RUTH STEALS HOME" and "Versatile Red Sox Star Wins a Pitchers' Duel from Browns" with box scores. Tells of a early Babe Ruth before he became a home run king, pitching in a game and winning it for the Boston red Sox. Nice to have in this title.

Other news of the day. Usual browning with some margin wear but no text loss, otherwise good. Should be handled with care.