Home > Back to Search Results > Trio of issues on McClellan's official report...
Click image to enlarge 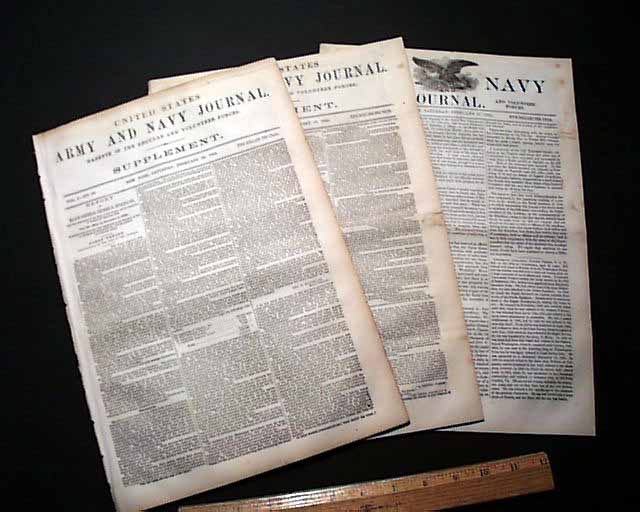 This is a group of 3 issues, each of the Supplements filled with the: "Report of Major-General George B. McClellan...(from) July 26, 1861 to November 7, 1862" and concluding in the regular issue of Feb. 27 (see for portions). A fascinating and exceedingly detailed report on the Army of the Potomac from the early part of the Civil War concerning their actions in Virginia & Maryland.
It takes all 3 of these issues to have the report in its entirety which is signed in type by him at its conclusion: George B. McClellan.
Each of the 3 issues has 16 pages and all are in nice condition. 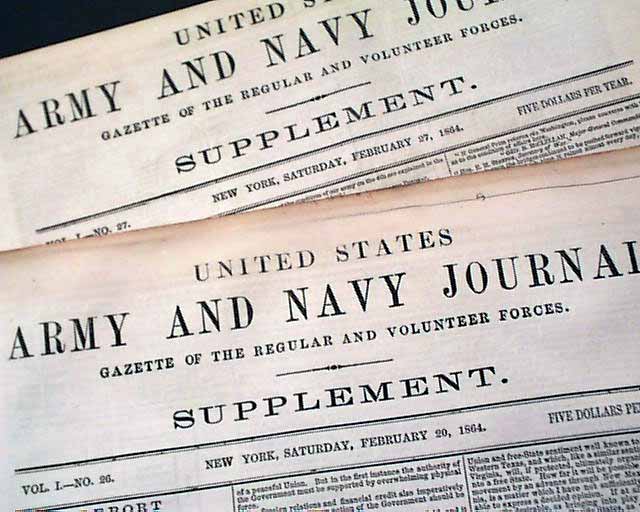 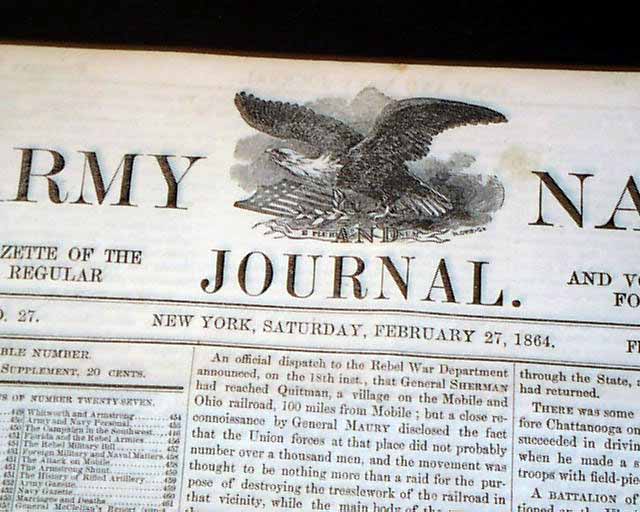 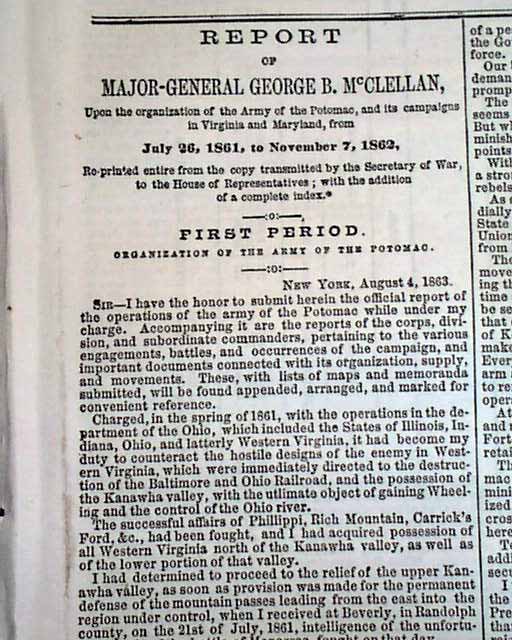 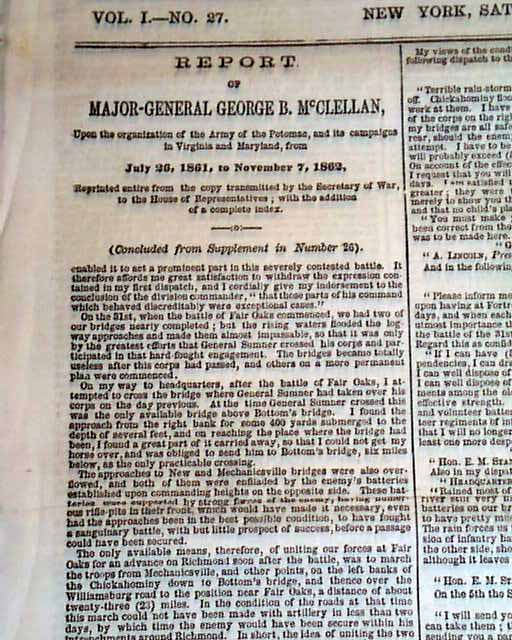 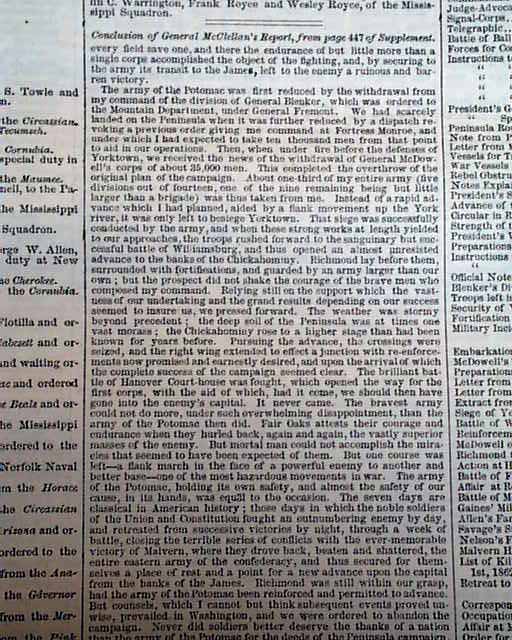 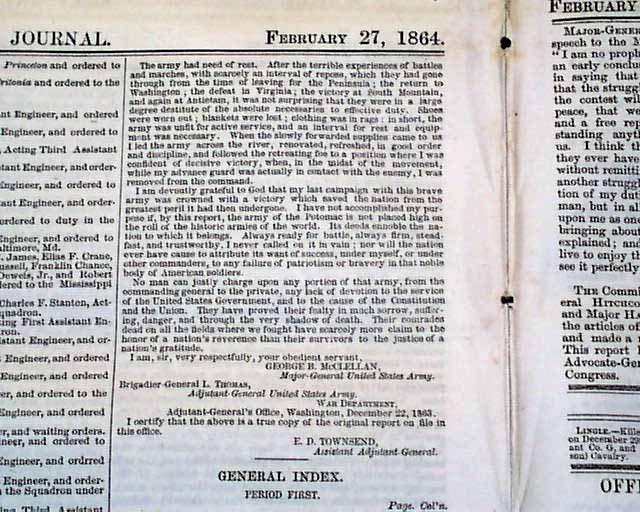 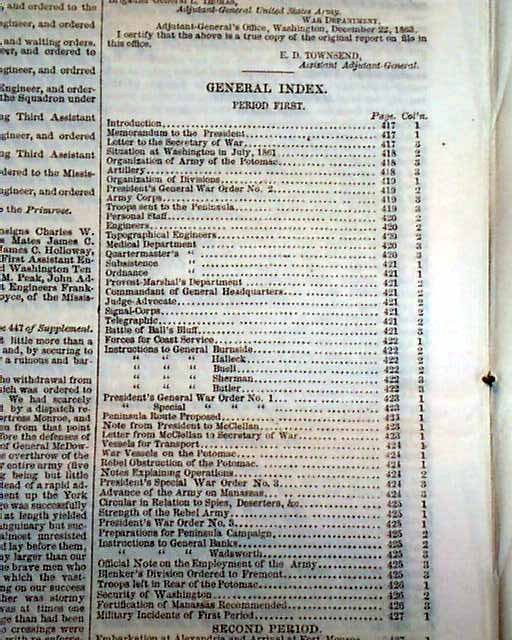