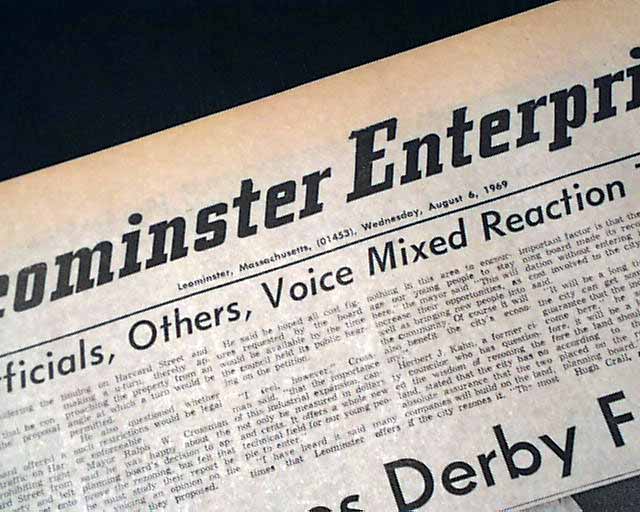 This 18 page newspaper has sporting news on page 6 with mention of Willie Stargell's famous Dodger Stadium home run which was the 1st ever hit out the stadium. (see)

Other news of the day. Light browning with littlemargin wear, otherwise in good condition.

wikipedia notes: Wilver Dornell "Willie" Stargell (March 6, 1940 – April 9, 2001), nicknamed "Pops" in the later years of his career, was a professional baseball player who played his entire Major League career (1962-1982) with the Pittsburgh Pirates as an outfielder and first baseman.

Over his 21-year career with the Pirates, he batted .282, with 2,232 hits, 423 doubles, 475 home runs and 1540 runs batted in, helping his team capture six National League East division titles, two National League pennants and two World Series (1971, 1979).Only four home runs have ever been hit out of Dodger Stadium, and Stargell hit two of them. The first came on August 5, 1969 off Alan Foster and measured 506 feet—to date, the longest home run ever hit at Dodger Stadium. The second, on May 8, 1973 against Andy Messersmith, measured 493 feet. Dodger starter Don Sutton said of Stargell, "I never saw anything like it. He doesn't just hit pitchers, he takes away their dignity."