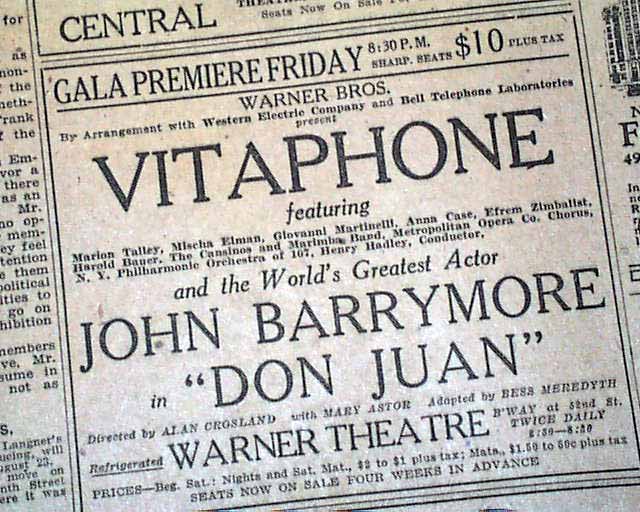 This 44 page newspaper has a 3 1/2 x 4 inch advertisement for the movie "Don Juan" on page 19 which was actually the very first talkie movie with the use of Vitaphone technology.

This advertisement is from the day before the opening night for this movie. And being that this movie was first shown in New York City, this could very well be the 1st ad in any newspaper.

News of the day with other ads throughout. Usual browning with little margin wear, otherwise good. Should be handled with care.

wikipedia notes: Don Juan (1926) is a Warner Brothers film, directed by Alan Crosland. It was the first feature-length film with synchronized Vitaphone sound effects and musical soundtrack, though it has no spoken dialogue. The production, which premiered in New York City on August 6, 1926, stars John Barrymore as the hand-kissing womanizer (the number of kisses in the film set a record).