Home > Back to Search Results > Tupelo, Mississippi Tornado of 1936...
Click image to enlarge 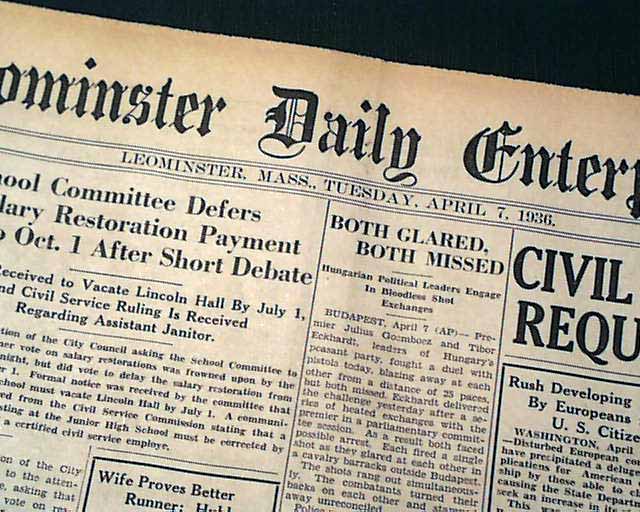 This 8 page newspaper has two column headlines on the front page that include: "Death Toll Now Set At 500 In Southern Tornado Belt" and more. (see)

Other news of the day throughout. Light browning, otherwise good.
source: wikipedia: The Tupelo-Gainesville Outbreak was an outbreak of seventeen tornadoes that struck the Southeastern United States from April 5th to 6th, 1936. Approximately 436 total people were killed by these tornadoes. Although the outbreak was centered around Tupelo, Mississippi and Gainesville, Georgia, other destructive tornadoes associated with the outbreak struck Columbia, Tennessee, Anderson, South Carolina and Acworth, Georgia. Severe flash floods from the associated storms also produced millions in damage across the region.