Home > Back to Search Results > 1st Tarzan film ever made ad...
Click image to enlarge 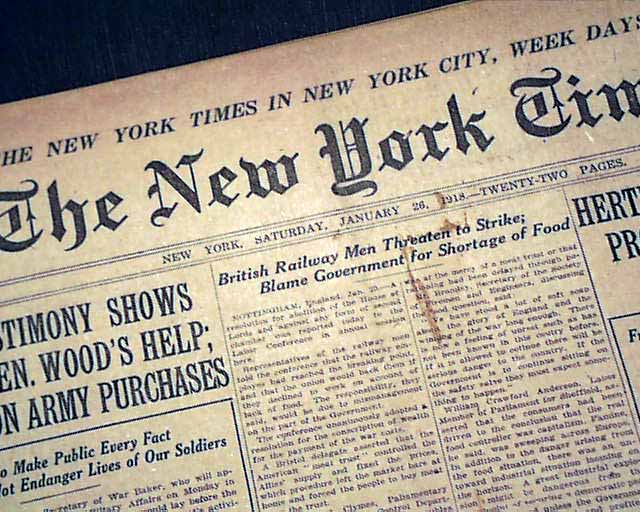 1st Tarzan film ever made ad...

This 22 page newspaper has a very significant film advertisement on page 11 the film: "TARZAN of the Apes".

This ad is for the very 1st Tarzan film ever made on the opening day at the Broadway Theater in New York City making it the very 1st ever ad for the film in a newspaper being that this is a New York paper, the city where this film was 1st shown.

News of the day with other interesting advertisements.

Usual browning with some margin wear, otherwise good. Should be handled with care.

wikipedia notes: The Internet Movie Database lists 88 movies with Tarzan in the title between 1918 and 1999. The first Tarzan movies were silent pictures adapted from the original Tarzan novels which appeared within a few years of the character's creation. With the advent of talking pictures, a popular Tarzan movie franchise was developed, anchored at first by actor Johnny Weissmüller in the title role, which lasted from the 1930s through the 1960s. Tarzan films from the 1930s on often featured Tarzan's chimpanzee companion, Cheeta. Later Tarzan films have been occasional and somewhat idiosyncratic. Disney’s animated Tarzan (1999) marked a new beginning for the ape man, taking its inspiration equally from Burroughs and Greystoke.