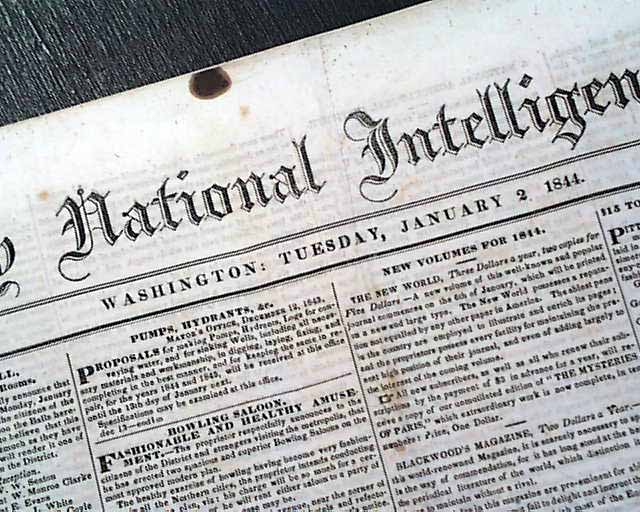 Page 3 has a report from a Rochester newspaper about "Copper Mines" that says:

* ...331 veins of copper and lead ore have been discovered in Northern Michigan, bordering on Lake Superior, by an exploring party of miners,and that applications have been made to the...Govenment for...permits...companies...are now mining...at Copper Harbor and Presque Isle River....

Note: These discoveries marked the start of the copper mining industry on the Upper Peninsula of Michigan.

Other news of the day from out nation's capital. 4 pages in nice condition.