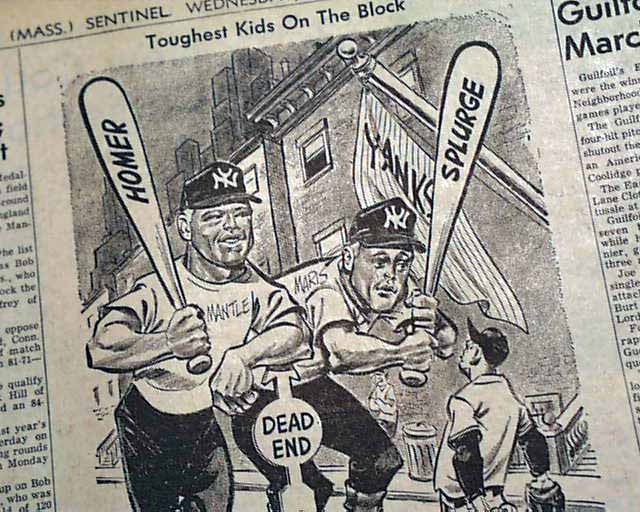 Tells of Roger Maris hitting four home runs in a one night double header. This would be a big jump in his attempt to break Babe Ruth's single season HR record.