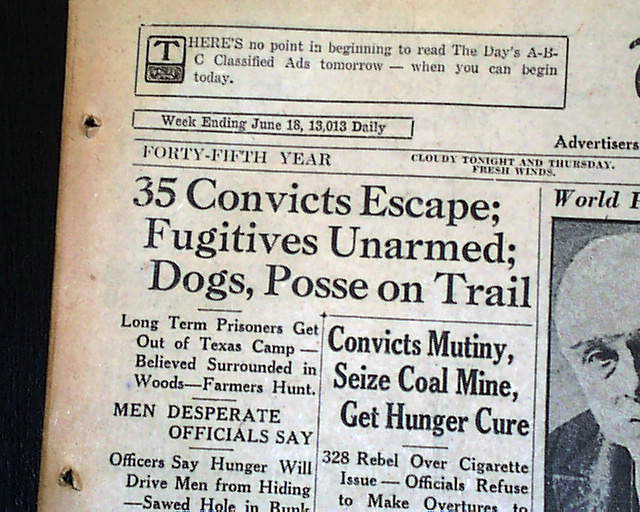 This 16 page newspaper has a two column headline on the front page: "35 Convicts Escape; Fugitives Unarmed; Dogs, Posse on Trail" with subheads. (see) Tells of the escape of several prisoners at the Ferguson State Prison Farm near Madisonville Texas. See photos for text. This was the prison farm that would eventually hold Buck Barrow of the Bonnie and Clyde gang.

Other news of the day. Light browning with a few small binding holes along the spine, otherwise in nice condition.