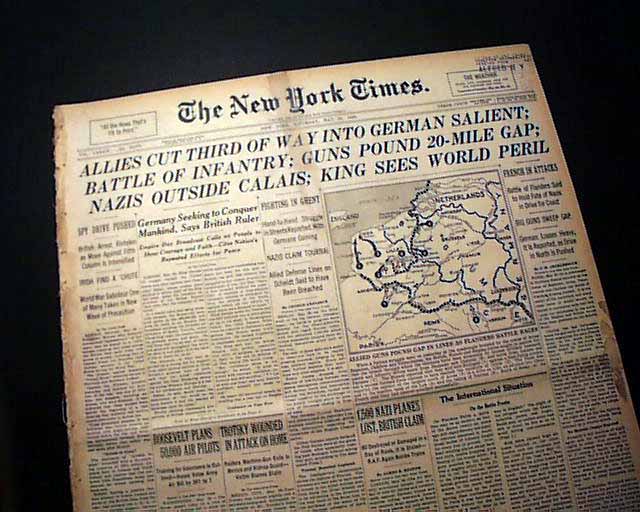 This 32 page newspaper has a banner headline on page 12: "20,000 See Night Baseball Inaugural at Polo Grounds as Giants Meet Bees" with subheads that include: "Field is Brilliantly Lit for New Yorkers' Initial Night Game in National League" and more with related photo. Great to have in this famous NYC title.

Other news of the day. Light browning with minor margin wear and a few mends on a few unrelated pages, otherwise in good condition.

wikipedia notes: The Polo Grounds was the name given to four different stadiums in Upper Manhattan, New York City used by baseball's New York Metropolitans from 1880 until 1885, New York Giants from 1883 until 1957, the New York Yankees from 1912 until 1922, and by the New York Mets in their first two seasons of 1962 and 1963. It also hosted the 1934 and 1942 Major League Baseball All-Star Games.

As its name suggests, the original Polo Grounds was built in 1876 for the sport of polo. Of the four stadiums that carried this name over the years, the original structure was the only one actually used for polo. The field was originally referred to in newspapers simply as "the polo grounds", and over time this generic designation became a proper name. Bounded on the south and north by 110th and 112th Streets, and the east and west by Fifth and Sixth Avenues, just uptown of Central Park, it was converted to a baseball stadium when leased by the New York Metropolitans in 1880. The stadium was used jointly by the Giants and Metropolitans from 1883 until 1885, and the name stuck for each subsequent stadium of the Giants.

The fourth and final Polo Grounds, which was the Giants home until they moved to San Francisco after the 1957 season, and which was also a temporary home for the Yankees (1913-1922) and the Mets (1962-1963), was the most famous, and is the one most people mean when they refer to the Polo Grounds. The name "Polo Grounds" did not actually appear prominently on any of the stadiums, until the Mets posted it with a large sign in 1962.

The final version of the structure was noted for its distinctive bathtub shape, with very short distances to the left and right field walls, but an unusually deep center field.

Left field also had an upper deck ("the short porch") which extended out over the field (after its 1923 extension), reducing the distance from 279 feet (85 m) to about 250 feet (76 m). That meant it was technically rather difficult to hit a home run into the lower deck of the left field stands, unless it was a line drive such as Bobby Thomson's famous home run -- "the Shot Heard 'Round the World" -- in 1951.

No player ever hit a fly ball that reached the 483-foot (147 m) distant center-field wall, which fronted a part of the clubhouse which overhung the field. Given that overhang, it was not inherently clear what the actual "home run line" would have been in straightaway center. Some sources listed the center field distance as 505, which suggests that was where the true home run line would have been, at the back of the clubhouse overhang. But if there were any ground rules governing such a situation, they never had to be applied. The last sporting event played was between the New York Titans and the Buffalo Bills. 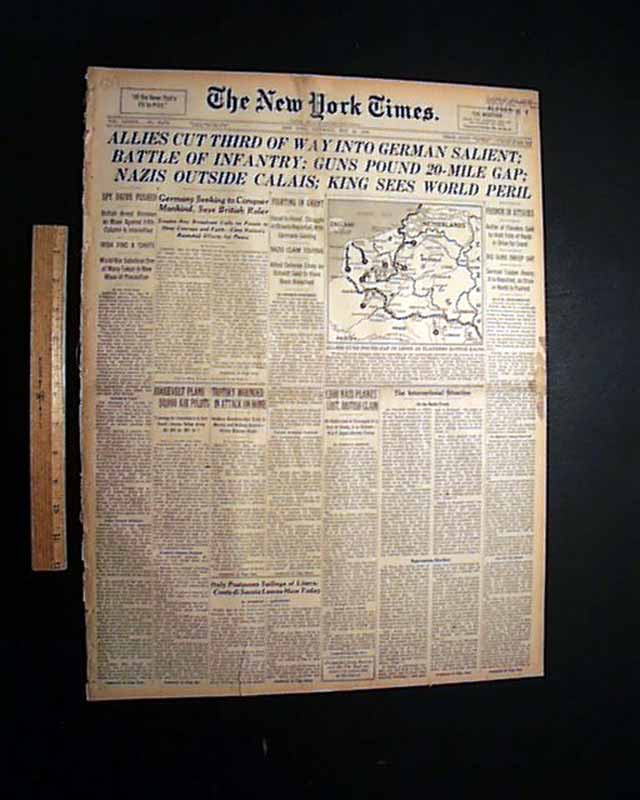 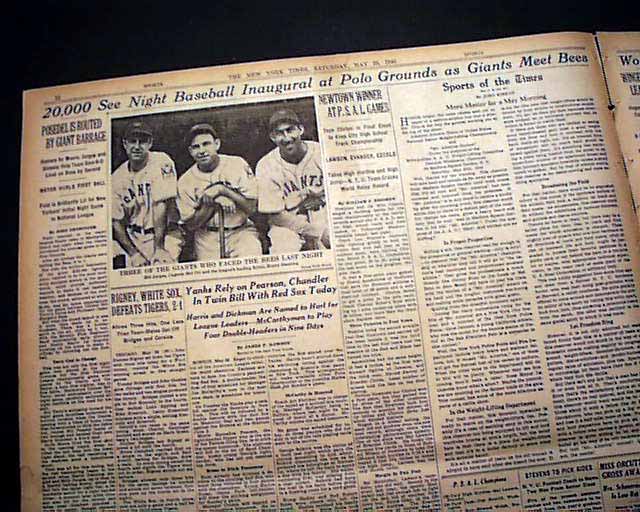 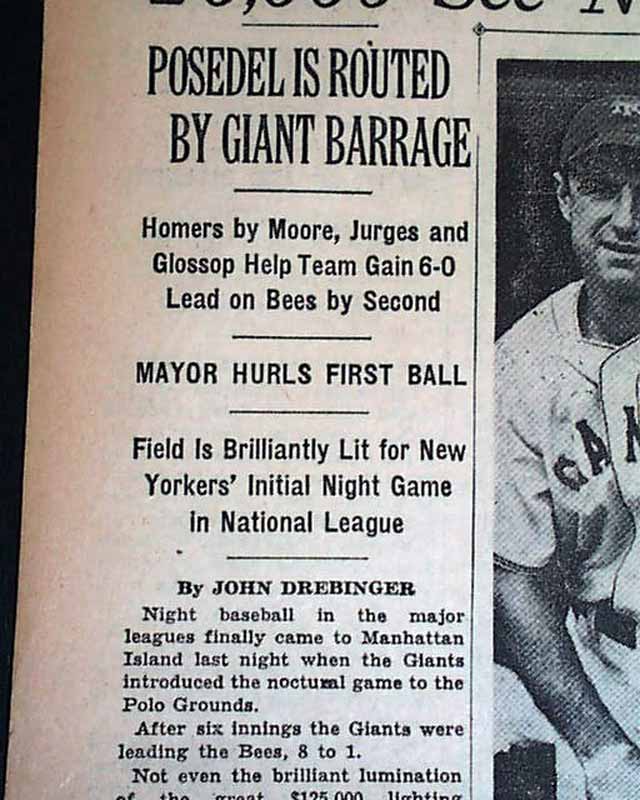 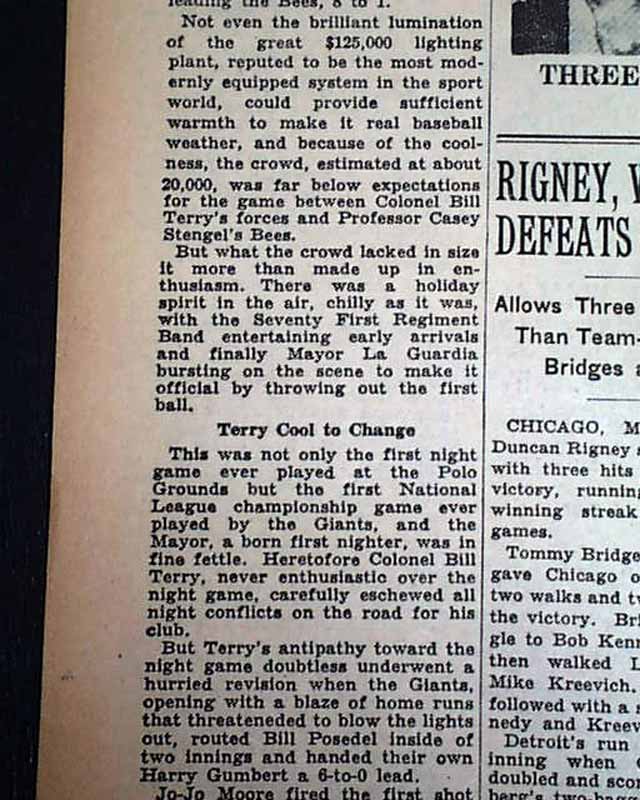 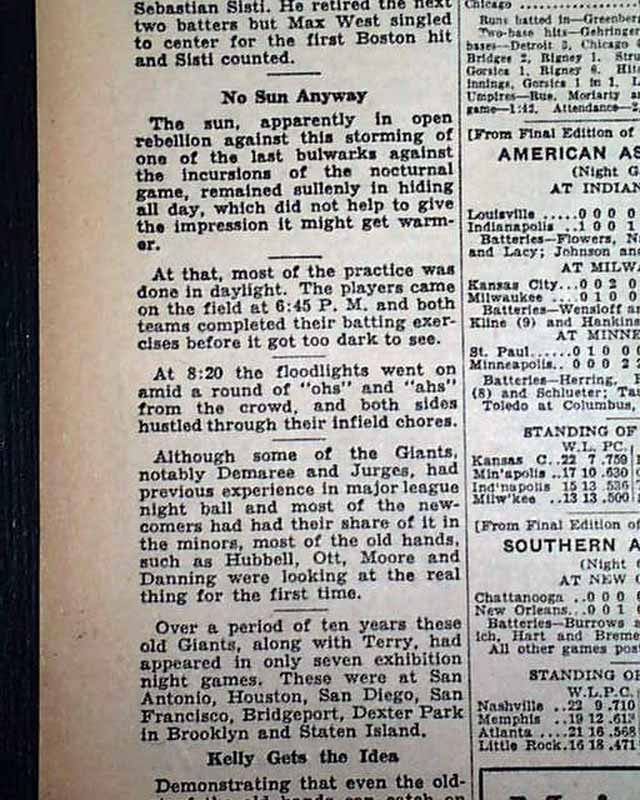 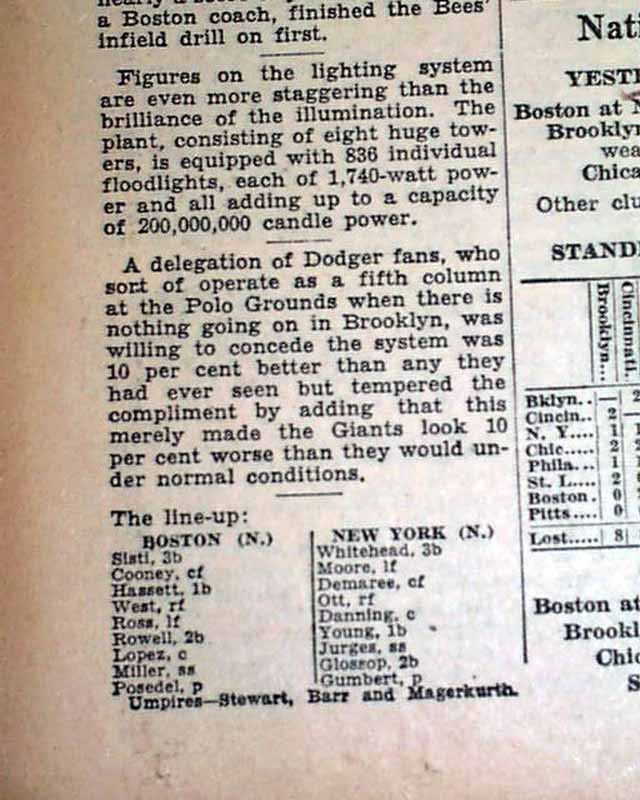 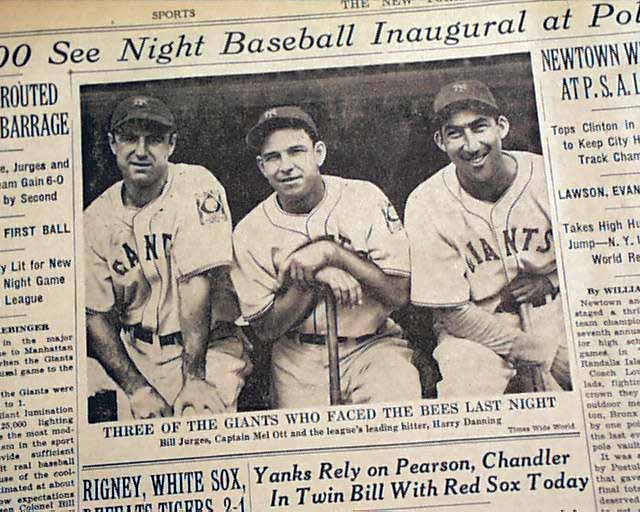