Home > Back to Search Results > Prohibition newspaper from 1915...
Click image to enlarge 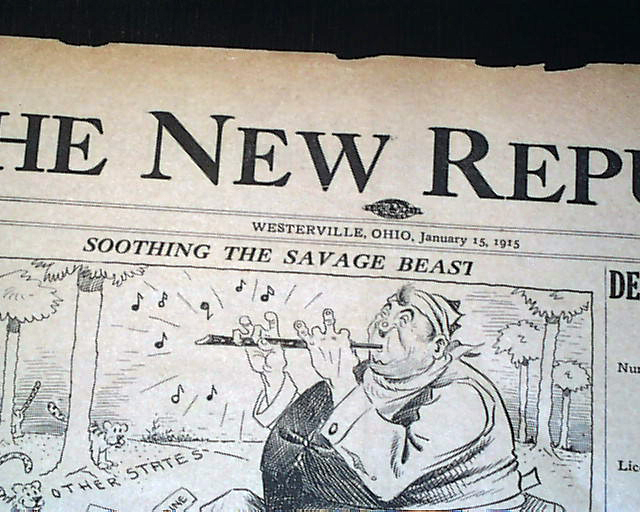 An interesting Prohibition newspaper from early in the 20th century. The content within these four pages have an overwhelming bias against the sale of alcohol in all forms.

This issue has a variety of Prohibition-related content, a cause which would win its fight in 1919 (effective in 1920), only to be ended in 1933.

The inside and back pages have similar reports.

Complete in 4 pages, light browning, a bit moreso at the margins. Little margin wear, otherwise good. Should be handled with care.