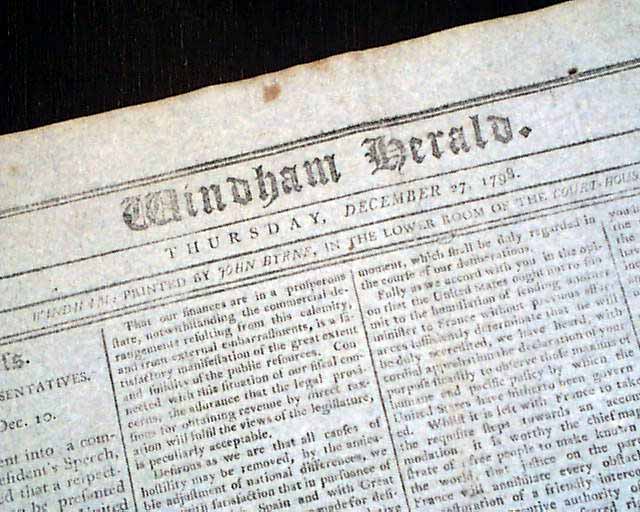 
WINDHAM HERALD, Connecticut, December 27, 1798  Much of the front page is taken up with an address: "To John Adams, President of the United States" by the House of Congress and the Senate. These addresses are in response to his annual state-of-the-union address.
The President's response to the Senate begins on the front page & ends on page 2 where it is signed: John Adams, and his response to the House of Representatives is entirely on pg. 2, signed: John Adams (see for portions).
Page 2 has an item from Philadelphia noting: "Yesterday morning Lieut. Gen. Washington left this city on his journey to Mount Vernon...".
Four pages, some minor spine tears, very nice condition.