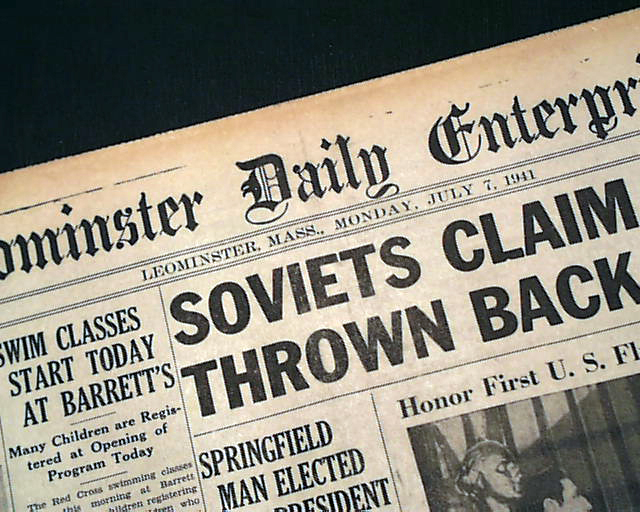 On page 7 under: "WHAT HAPPENED IN THE BIG LEAGUE BASEBALL CONTESTS' has various news reports from the games held the day before. Among the reports is the report on the Yankees game with mention of the Lou Gehrig memorial dedication and Joe Dimaggio's continued hitting streak. (see photos)

A small report probably due to the fact this is a small town publication. But it is a 1st report. It is what it is. 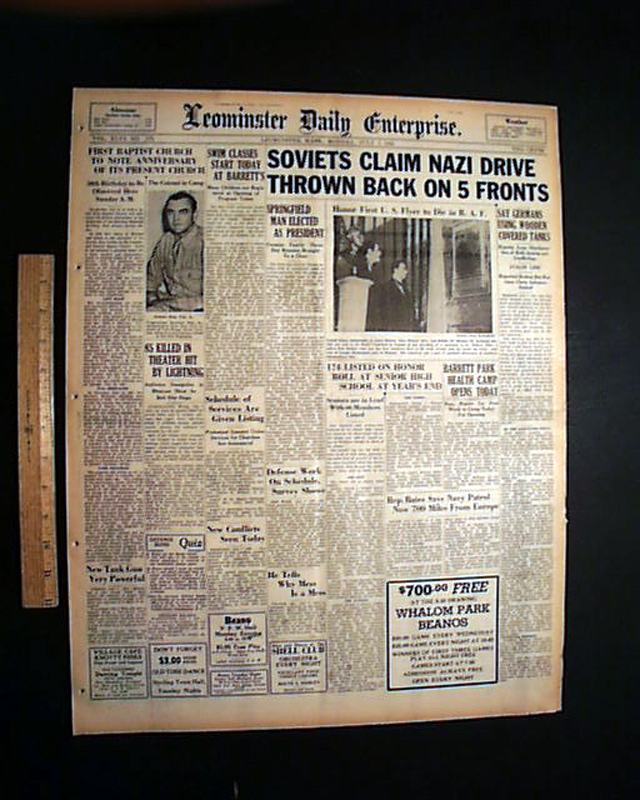 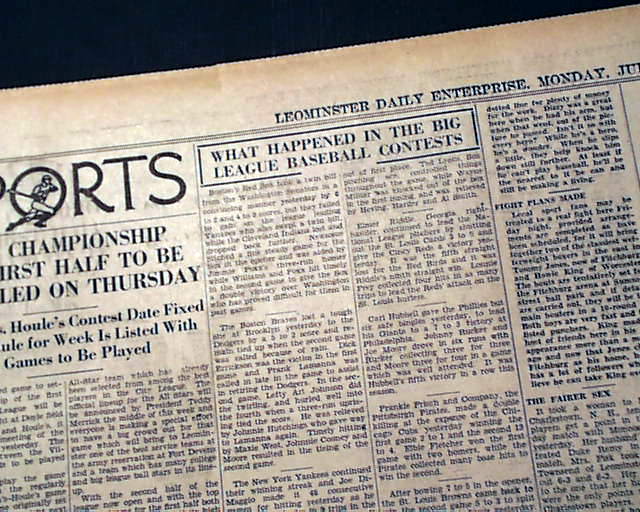 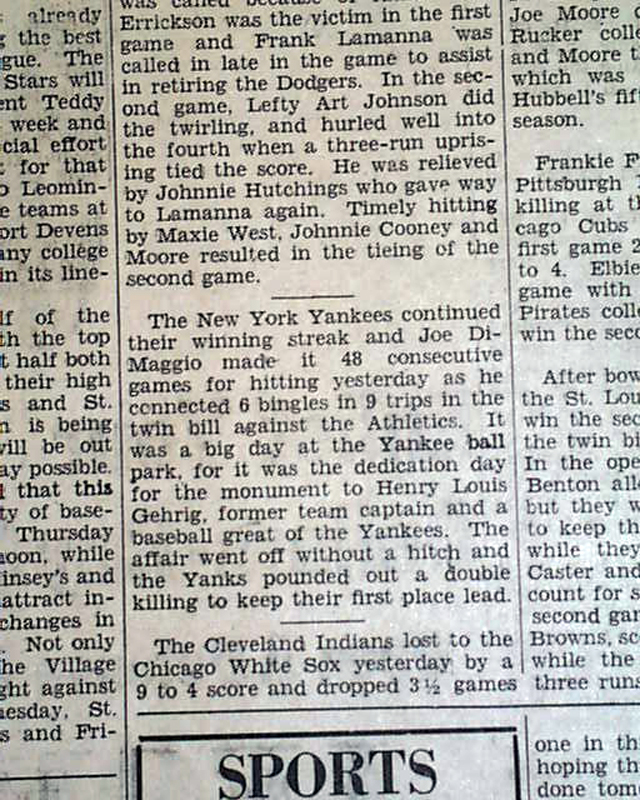