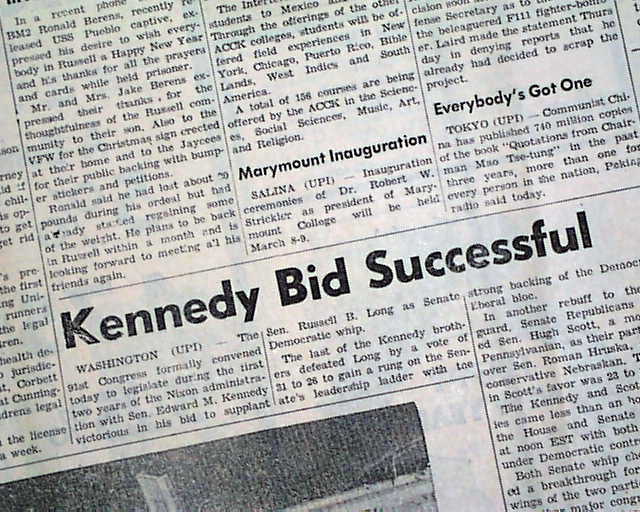 This 6 page newspaper has a three column headline near the bottom of the front page: "Kennedy Bid Successful".

Other news of the day. Little irregular along the spine, otherwise in good condition.