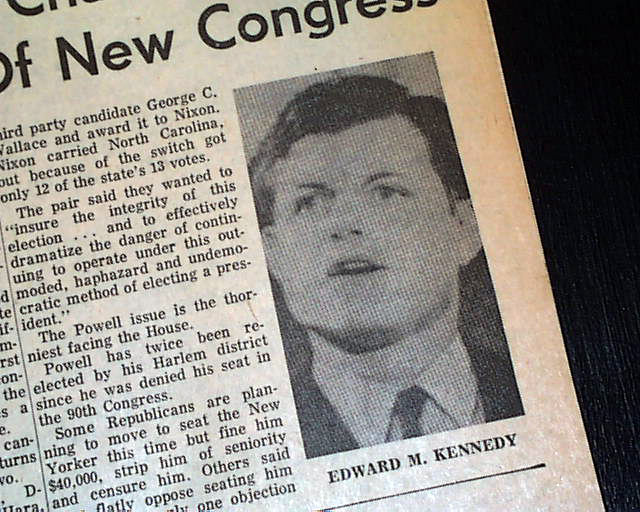 This 14 page newspaper has a two line banner headline on the front page: "Kennedy Wins Senate Bid; McCormack Beats Down Challenge As Leadership Disputes Rack Both Parties Of New Congress" with one column photo of Kennedy.

Other news of the day. Little spine wear, otherwise in good condition.