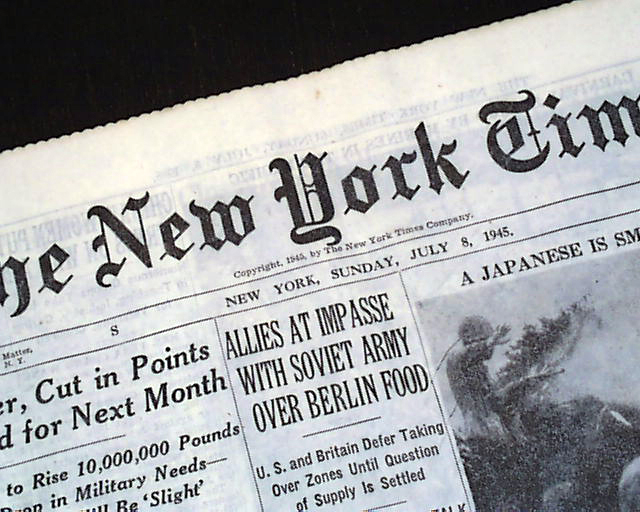 This 30+ page newspaper has a small, somewhat discrete one column headline on page 6: "Civilian War Decoration Is Created by Truman"

Tells of President Harry Truman creating the Medal Of Freedom

Although a small inside page report, it is still a 1st report. It is what it is.

Other news of the day with much on World War II. Rag edition in good condition.