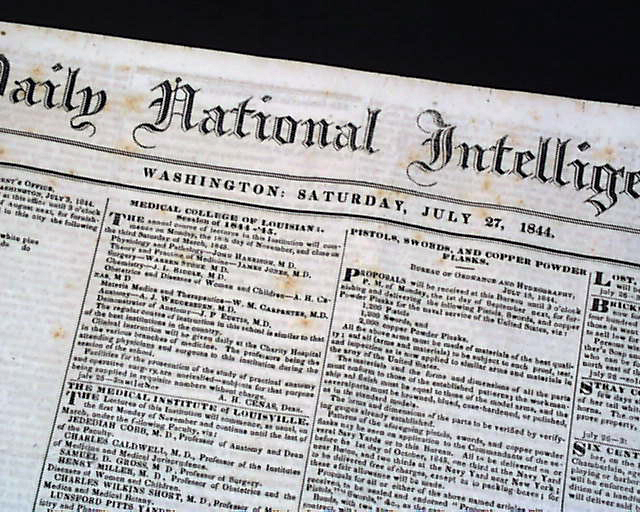 A page 3 report about the "Mammoth Cave" says: "Twenty-six large avenues and a third river, larger than those previously known, have recently been discovered in the Mammoth Cave. A sulphur spring of an excellent quality of water has also been found some miles within the cave..." plus mention that boats have been built so visitors can take excursions, & that additions have made to the hotel.

Other news of the day throughout with ads. 4 pages in nice condition.