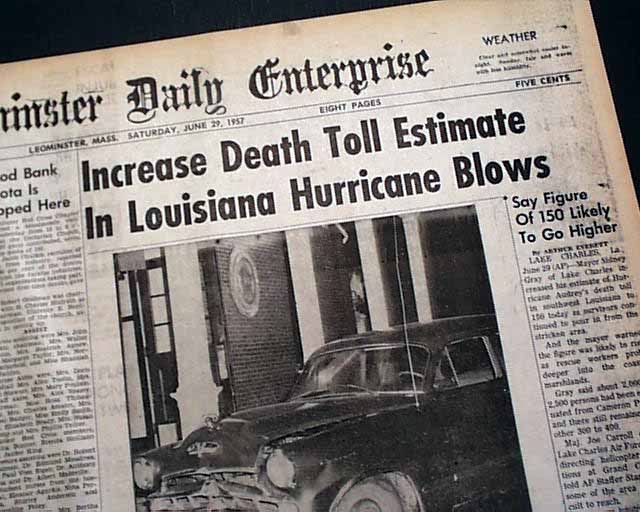 This 8 page newspaper has a five column headline on the front page: "Increase Death Toll Estimate In Louisiana Hurricane Blows" with subhead. Tells of Hurricane Audrey which was a destructive storm that hit Texas and Louisiana.

wikipedia notes: Hurricane Audrey was the first major hurricane of the 1957 Atlantic hurricane season. Audrey was the only storm to reach Category 4 status in June. A powerful hurricane, Audrey caused catastrophic damage across eastern Texas and western Louisiana. It then affected the South Central United States as a powerful extratropical storm. In its wake, Audrey left $1 billion (2005 USD) in damage and at least 600 fatalities. At the time period, the devastation from Hurricane Audrey was the worst since the Great New England Hurricane of 1938.