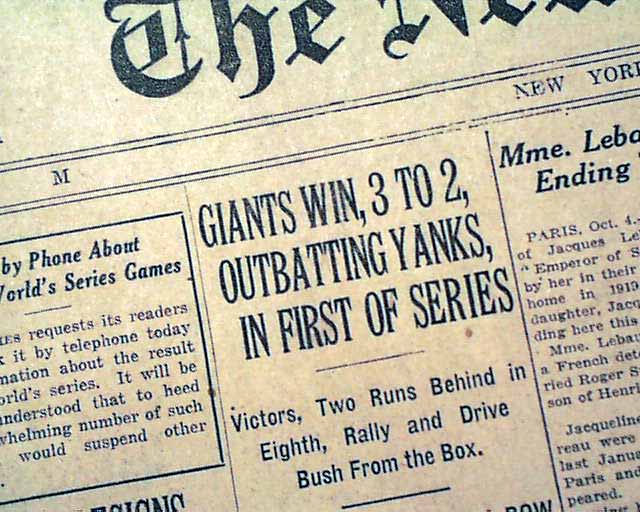 This 144 page newspaper has one column headlines on the front page that include:

Other news of the day included. Usual browning with little margin wear, otherwise in good condition.