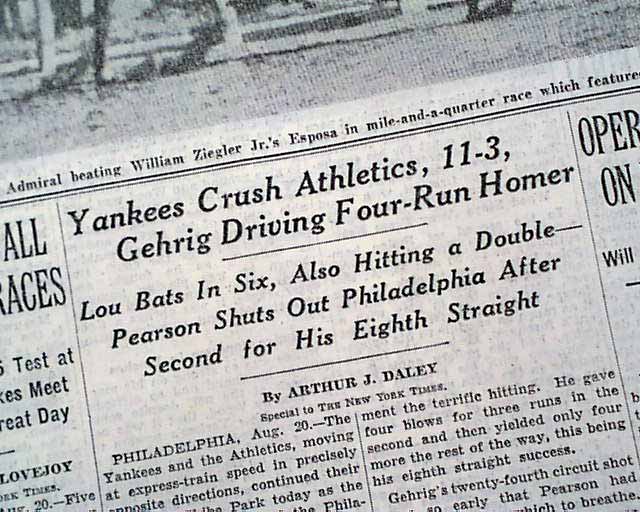 This 70+ page newspaper has two column headlines on the front page of the sport's section (inside, sec. 5): "Yankees Crush Athletics, 11-3, Gehrig Driving Four-Run Homer" and "Lou Bats In Six, Also Hitting a Double--Pearson Shuts Out Philadelphia After Second for His Eighth Straight". Tells of the last grand slam home run hit by Lou Gehrig in his career. He still holds the record for the most grand slams to this day.

Nice to have in this famous New York City title. Other news of the day throughout.