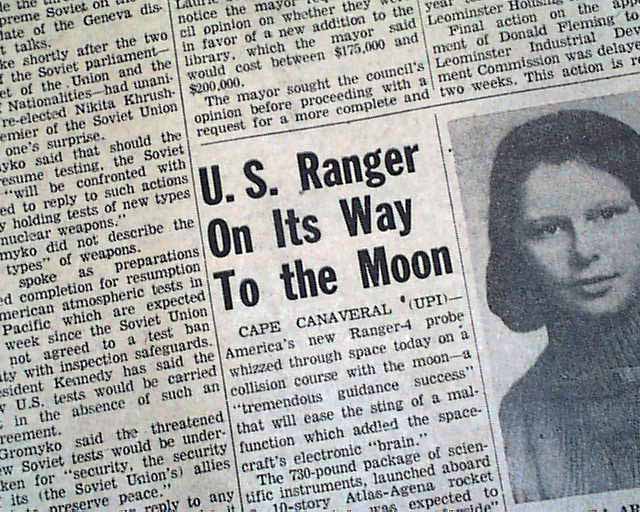 This 12 page newspaper has a one column headline on the front page: "U. S. Ranger On Its Way To the Moon". Tells of the very first United States satellite to reach the moon.

wikipedia notes: Ranger 4 was a spacecraft of the Ranger program designed to transmit pictures of the lunar surface to Earth stations during a period of 10 minutes of flight prior to crashing upon the Moon, to rough-land a seismometer capsule on the Moon, to collect gamma-ray data in flight, to study radar reflectivity of the lunar surface, and to continue testing of the Ranger program for development of lunar and interplanetary spacecraft. An onboard computer failure caused failure of the deployment of the solar panels and navigation systems; as a result the spacecraft crashed on the far side of the Moon without returning any scientific data.