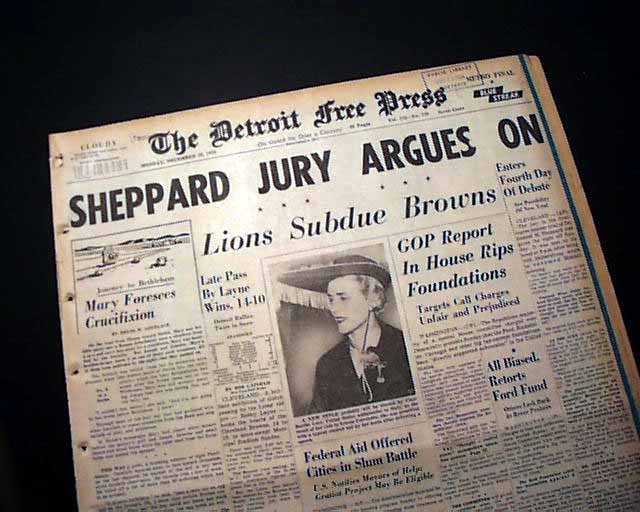 This 48 page newspaper has a banner headline on the front page: "SHEPPARD JURY ARGUES ON" with subheads. (see photos) Tells of the famous murder trial of a American doctor who was convicted of murdering with wife. He would be convicted the next day.

Other news of the day. Some small binding holes along the spine w/ minor margin wear, otherwise in good condition.