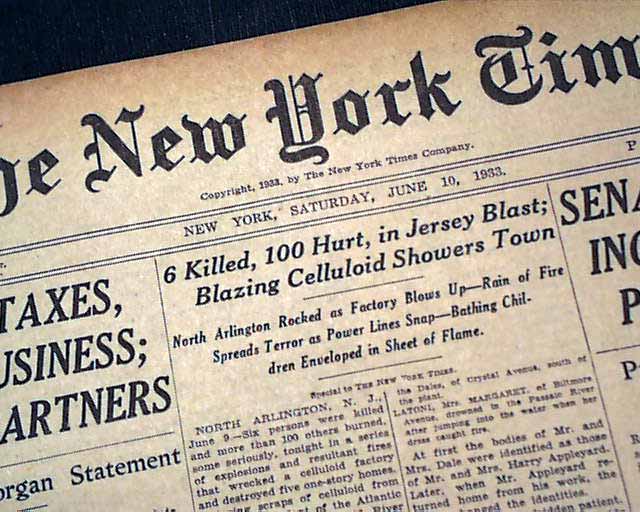 This 28 page newspaper has one column headlines on page 10: "JOHNSON IS NAMED TO PILOT INDIANS" "Signs for This Year and Next After Peckinpaugh Is Dropped as Leader"

wikipedia notes: Walter Perry Johnson (November 6, 1887–December 10, 1946), nicknamed "The Big Train," was a right-handed pitcher in Major League Baseball between 1907 and 1927. One of the most celebrated players in baseball history, Johnson established several pitching records, some of which remained unbroken for more than a half-century.

In 1928, he began his career as a manager in the minor leagues, taking up residence at 32 Maple Terrace, Millburn, New Jersey, and managing the Newark team of the International League. He continued on to the major leagues, managing the Washington Nationals/Senators (1929-1932), and finally the Cleveland Indians (1933-1935). Johnson also served as a radio announcer for the Senators during the 1939 season.