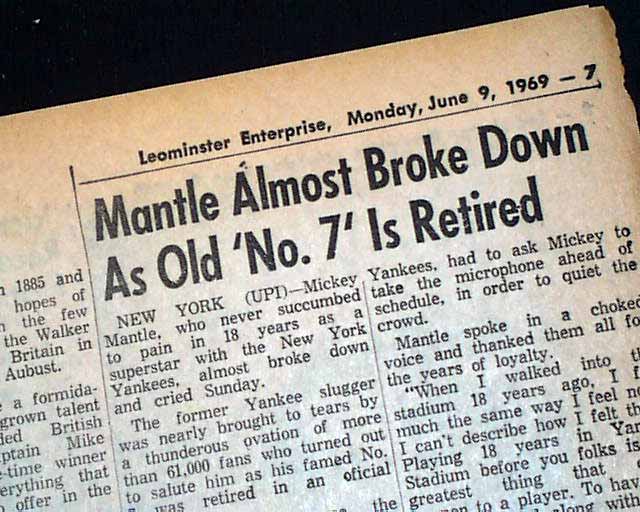 This 12 page newspaper has a two column headline on page 7: "Mantle Almost Broke Down As Old 'No. 7' Is Retired".

Tells of the retirement of the No. 7 New York Yankees jersey at Yankee Stadium.

wikipedia notes: Mickey Charles Mantle (October 20, 1931 – August 13, 1995) was an American baseball player who was inducted into the National Baseball Hall of Fame in 1974.