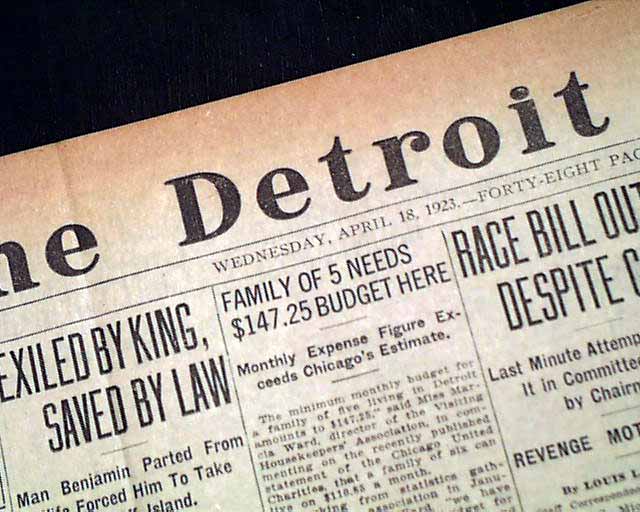 This 48 page newspaper has one column headlines on page 36: "MARKS BROKEN IN ATTENDANCE" and "Cincinnati and Chicago have New Figures; Yankee Stadium is Dedicated" with subhead: "Yanks' Stadium Fandom's Mecca"

This would be the day the house that Ruth built would begin it's dominance in MLB for the Yankees.

Yankee Stadium is one of the most famous venues in the United States, having hosted a variety of events and many historic moments during its existence. Its primary occupants, the Yankees, have won more World Series championships (26) than any other major league club and Yankee Stadium has hosted 37 World Series, more than any other baseball stadium. The Stadium also hosted the major-league All-Star Game four times: 1939, 1960, 1977, and, as part of its curtain call, 2008.

In 2006, the Yankees began construction on a new $1.8 billion stadium in public parkland adjacent to the original Yankee Stadium. The new stadium opened in 2009, and most of the old stadium, including the above-ground structure, is to be demolished to become parkland.