Home > Back to Search Results > 19th century from the Oklahoma Territory...
Click image to enlarge 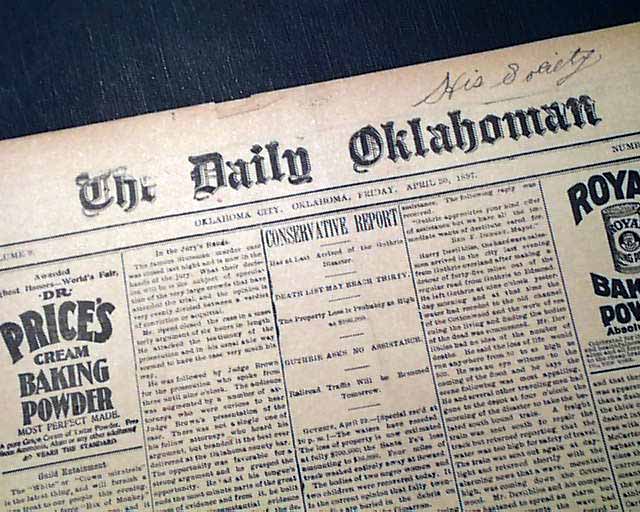 19th century from the Oklahoma Territory...


THE DAILY OKLAHOMAN, Oklahoma City , 1897  This is actually a "territorial" newspaper, as Oklahoma did not become a state until ten years later in 1907, one of only 3 of the contiguous 48 to join the union in the 20th century (New Mexico & Arizona the other two). It is quite rare to find Oklahoma newspapers from the 1800's.
Formatted much like other newspapers of the day with both ads and news reports. Complete an an 8 page newspaper, small folio size, even browning with some edge tears & minor chipping, a few old tape mends. Loose at the spine, hould be handled carefully. The photo shown is representative of the look and condition of the issue you will receive, but actual dates will vary in 1897.