Home > Back to Search Results > The Old West from Northern California...
Click image to enlarge 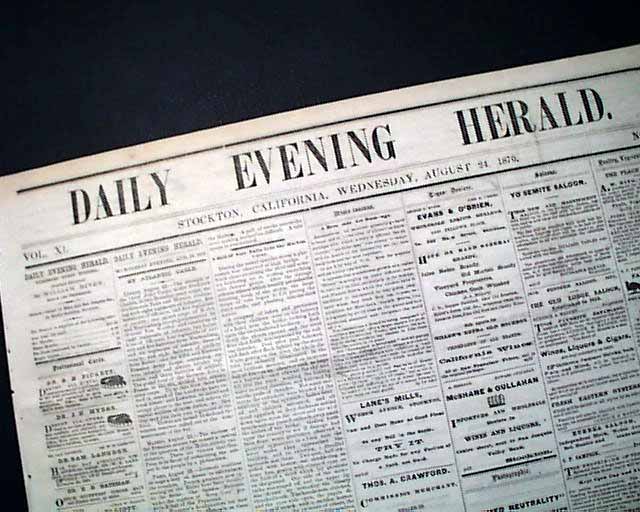 The Old West from Northern California...

Item # 560807 DAILY EVENING HERALD, Stockton, California, 1870  Stockton came into existence primarily due to the Gold Rush of the mid-19th century as was the case for many towns in Northern California. It is the county seat of San Joaquin County with a population of nearly 300,000 today.
During its early years, Stockton was known by several names, including "Tuleburg", "Fat City," and "Mudville". Captain Weber decided on "Stockton" in honor of Commodore Robert F. Stockton. Stockton was the first community in California to have a name not of Spanish or Native American origin.
Complete in 4 pages and in nice condition. The photo shown is representative of the look and condition of the issue you will receive, but actual dates will vary in 1870.