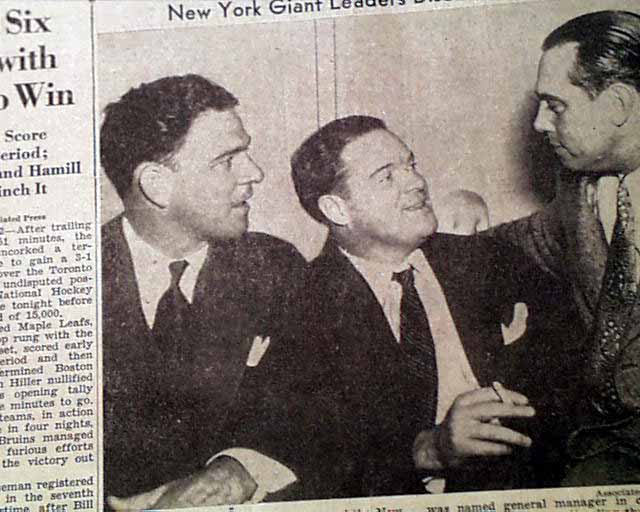 This 30 page newspaper has a three column headline on page 20: "Ott Named Pilot" with short text and related photo on page 22. (see)

Other news of the day throughout. Light browning with little margin wear, otherwise good.

He managed the Giants for seven years between 1942 and 1948. The Giants best finish during that time was in third place in 1942. It was in reference to Ott's supposedly easy-going managing style that then-Dodgers manager Leo Durocher made the oft-quoted and somewhat out-of-context comment, "Nice guys finish last!" 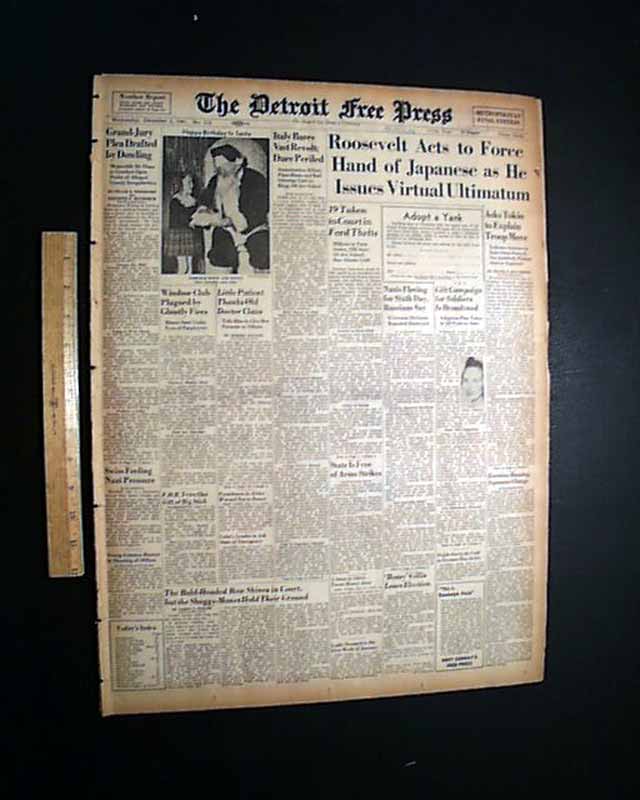 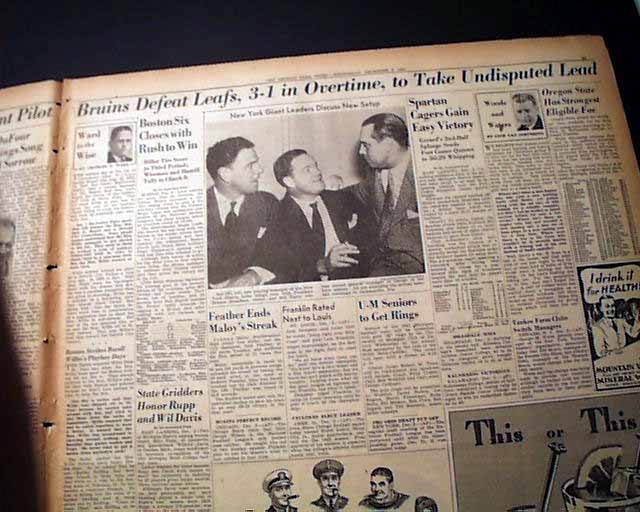 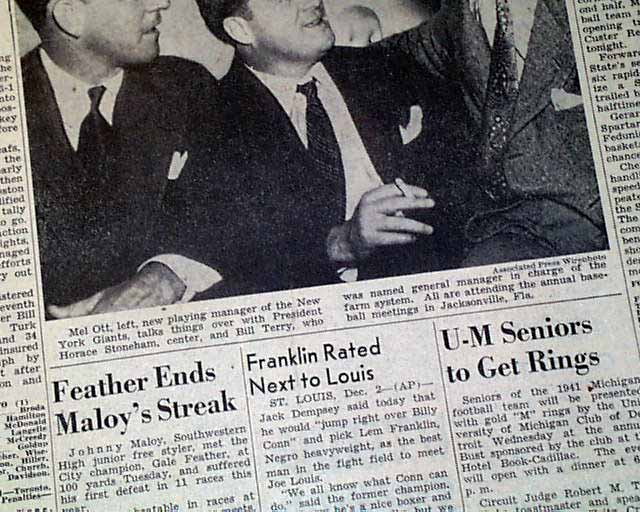 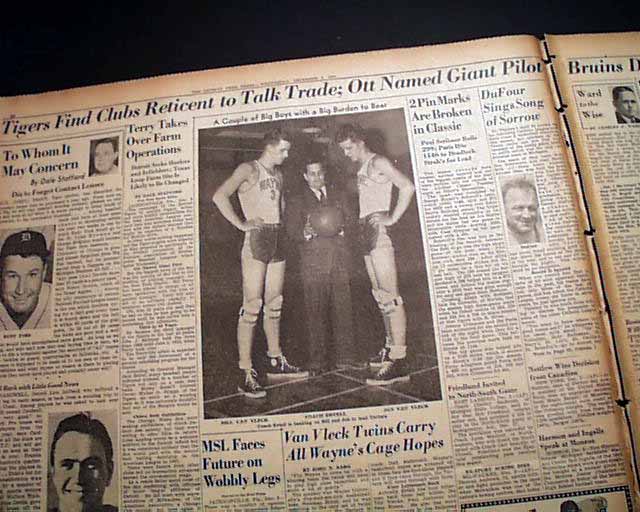 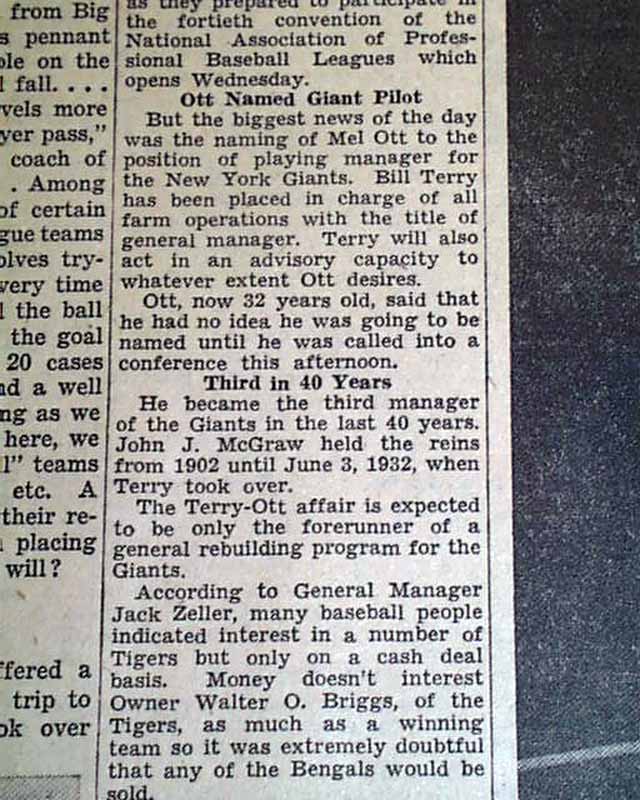