Home > Back to Search Results > Death of Christian Clemens...
Click image to enlarge 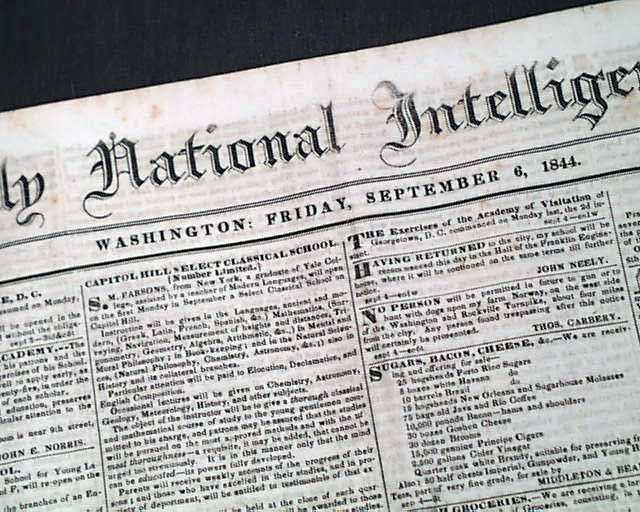 Among the "Deaths" listed on page 3 is one that says: "At Mount Clemens, Michigan, on the 25th ult., Hon. Christian Clemens..." & a bit more, plus mention that he founded "...the...flourishing village of Mount Clemens..."

Other news of the day with many ads. 4 pages in nice condition.

wikipedia notes: Mount Clemens was first surveyed in 1795 by Christian Clemens, who settled there four years later. Clemens and his friend, John Brooks, built a distillery, which helped settle the area. Brooks and Clemens platted the land, and the town was named after Clemens in 1818. It received a post office in 1821, with John Stockton as the first postmaster. It filed for incorporation as a village in 1837, but it was not acted upon until 1851. It was later incorporated as a city in 1879. Christian Clemens is buried at Clemens Park, located just north of downtown.