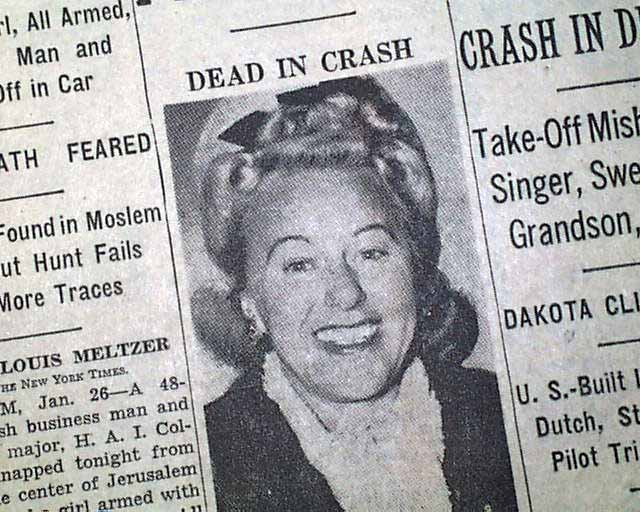 This 40 page newspaper has a two column headline on the front page:

with subheads that include: "Crash In Denmark" "Take-Off Mishap Fatal to Singer, Swedish King's Grandson, 20 Others" and more.

Also one column photos of Moore and Prince Gustaf Adolf.