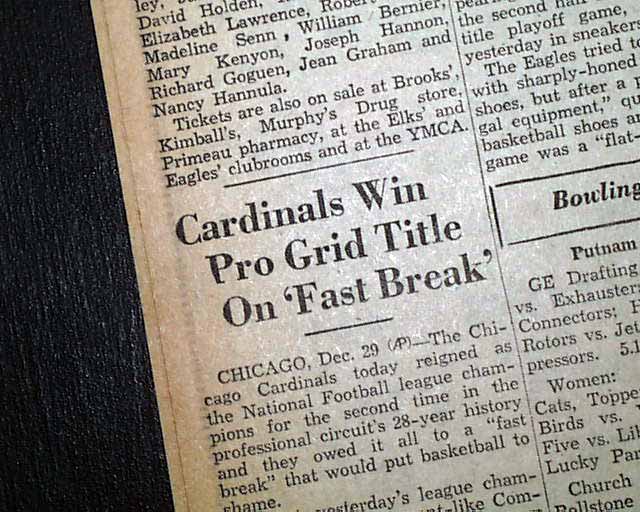 This 12 page newspaper has a small one column headline on page 8: "Cardinals Win Pro Grid Title On 'Fast Break'".

Tells of the NFL football championship game between the Chicago Cardinals and the Philadelphia Eagles.