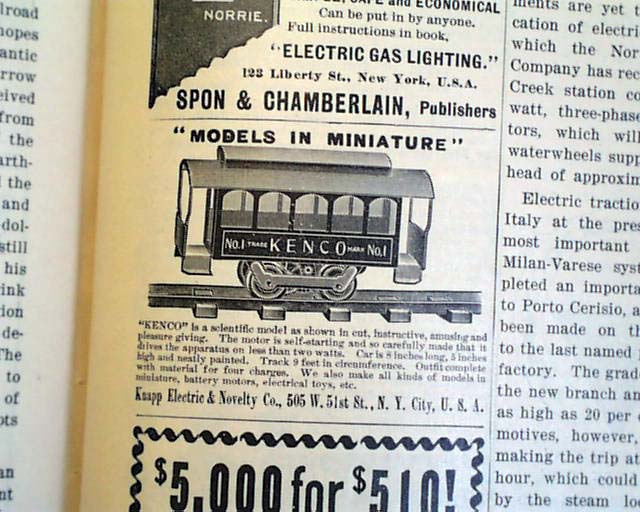 There are several articles and advertisements, including one for "Kenco" miniature model trains.

This is a complete issue in 48 pages and is in very nice condition. See photos for details.